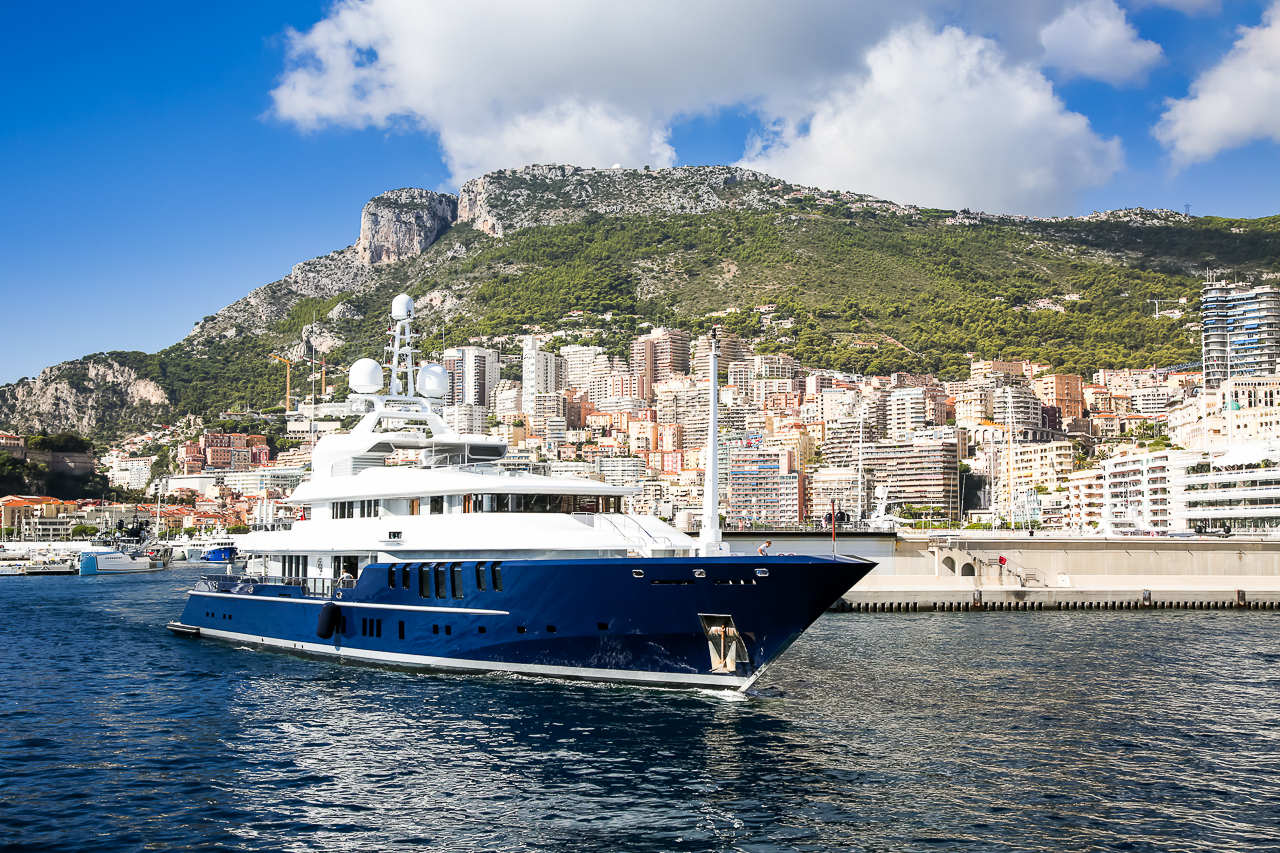 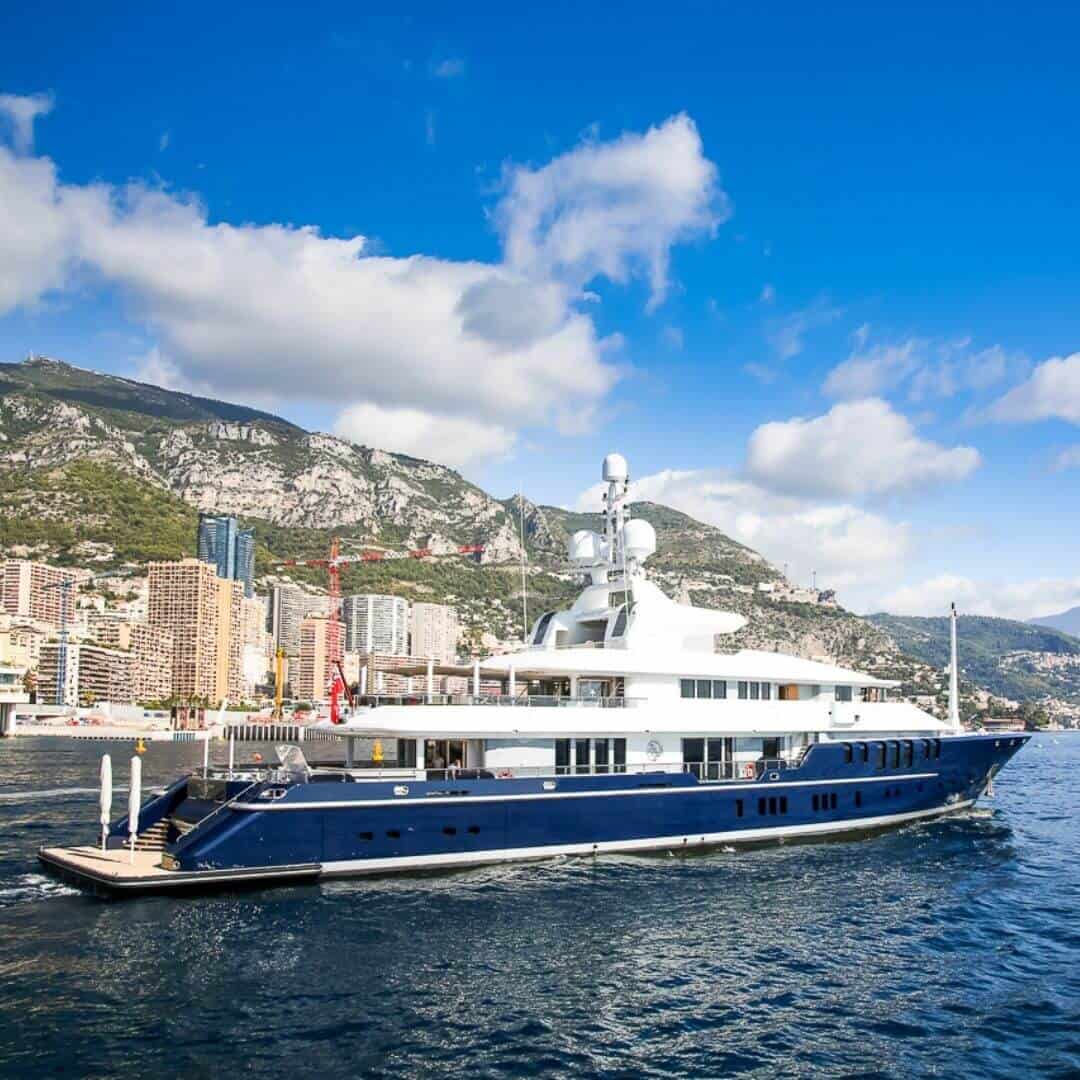 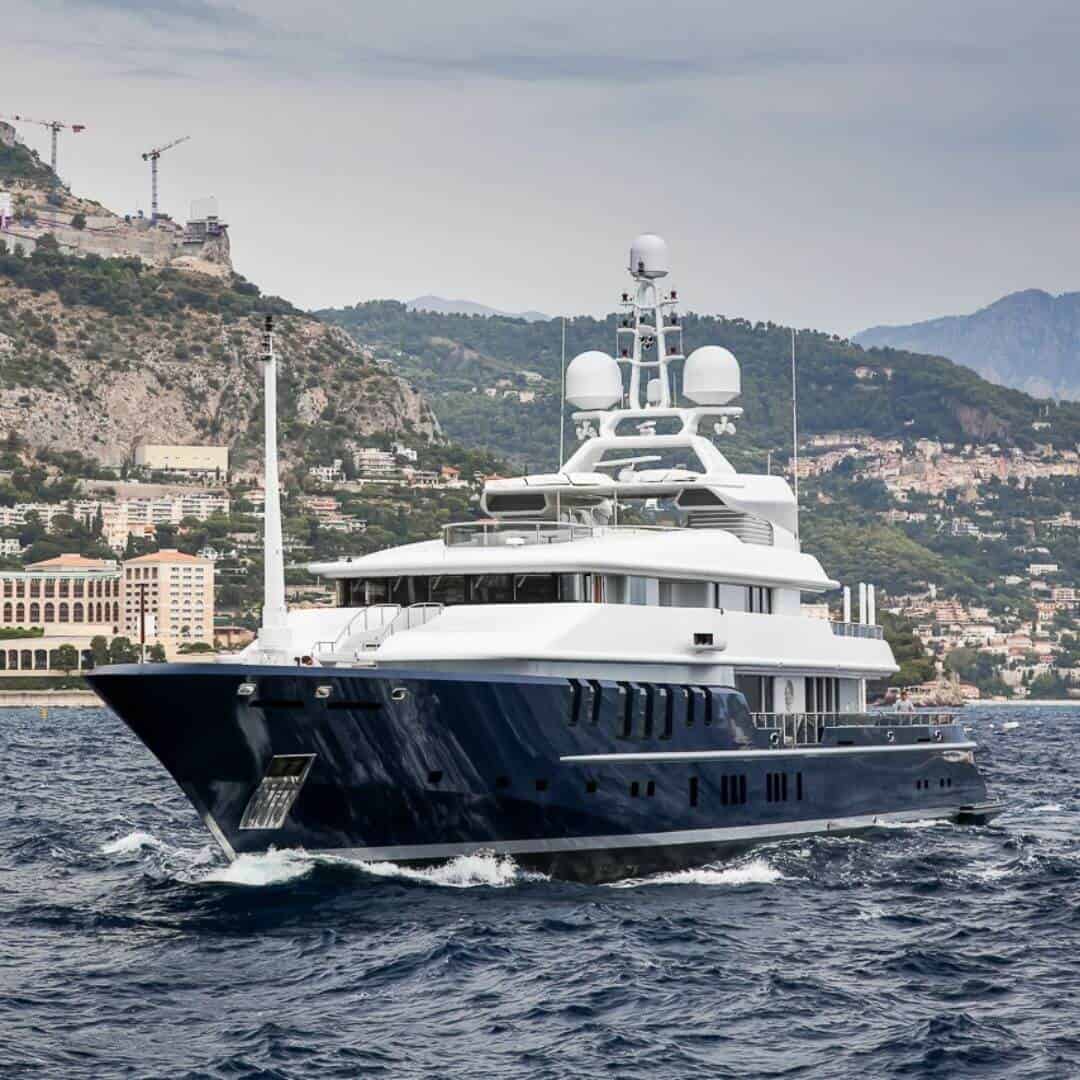 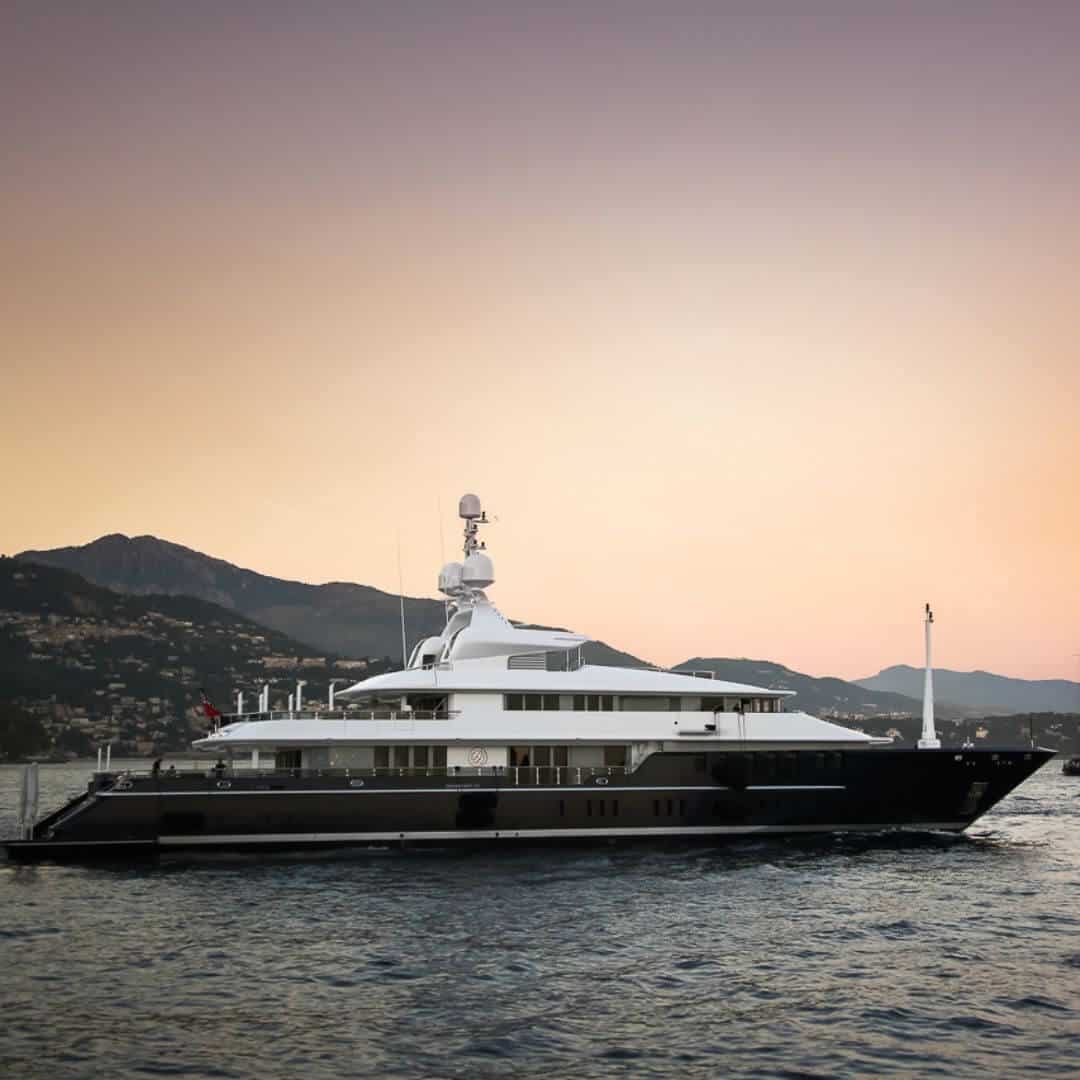 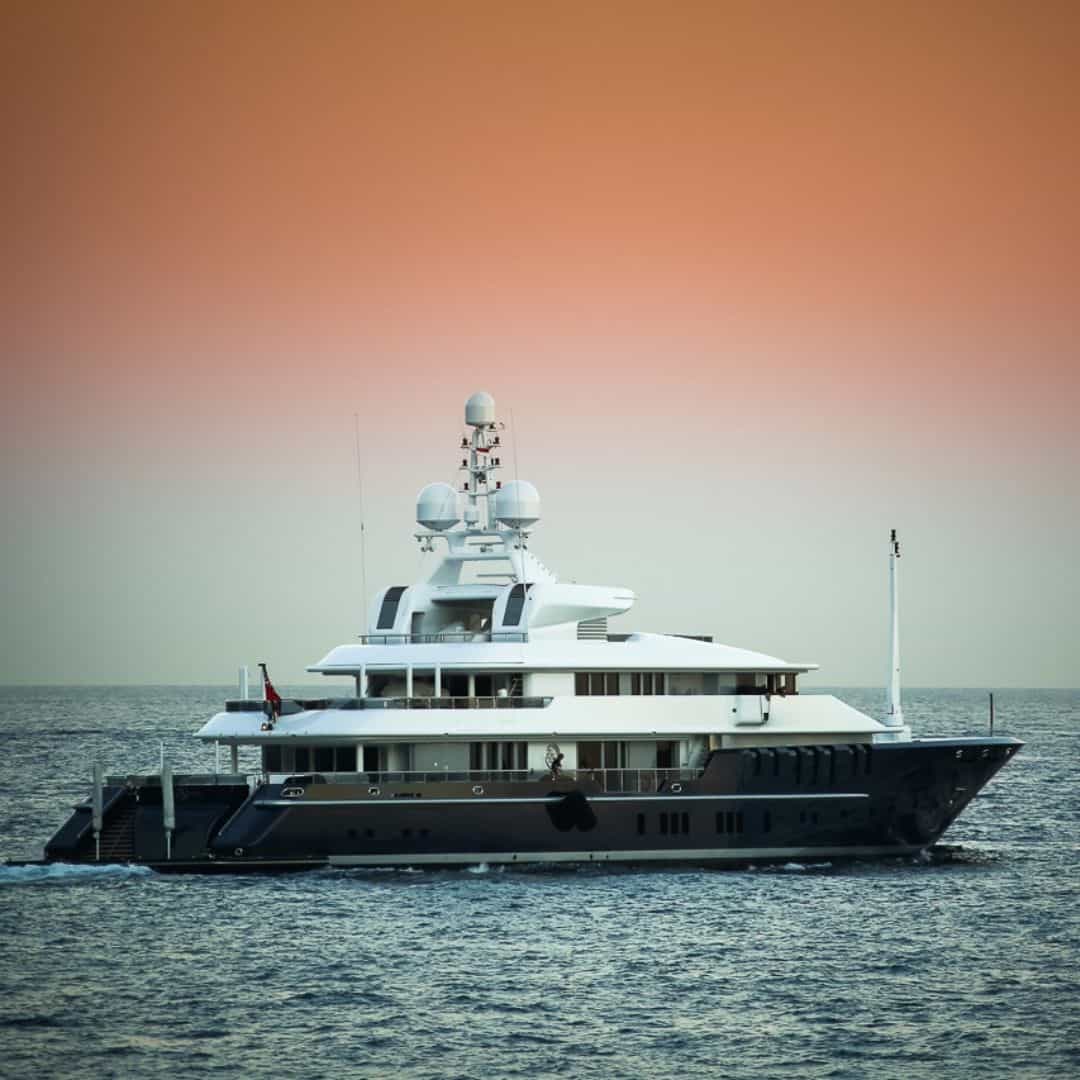 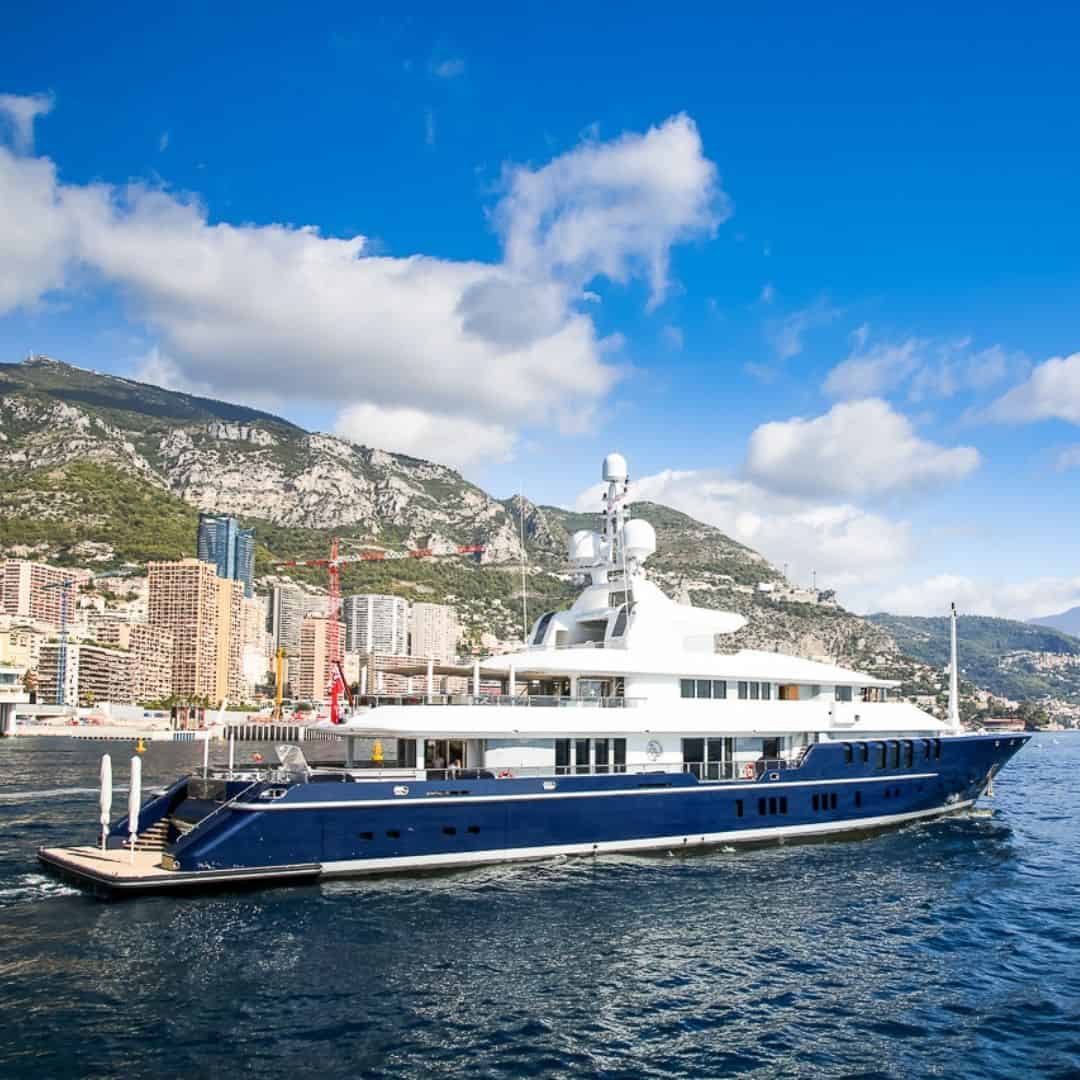 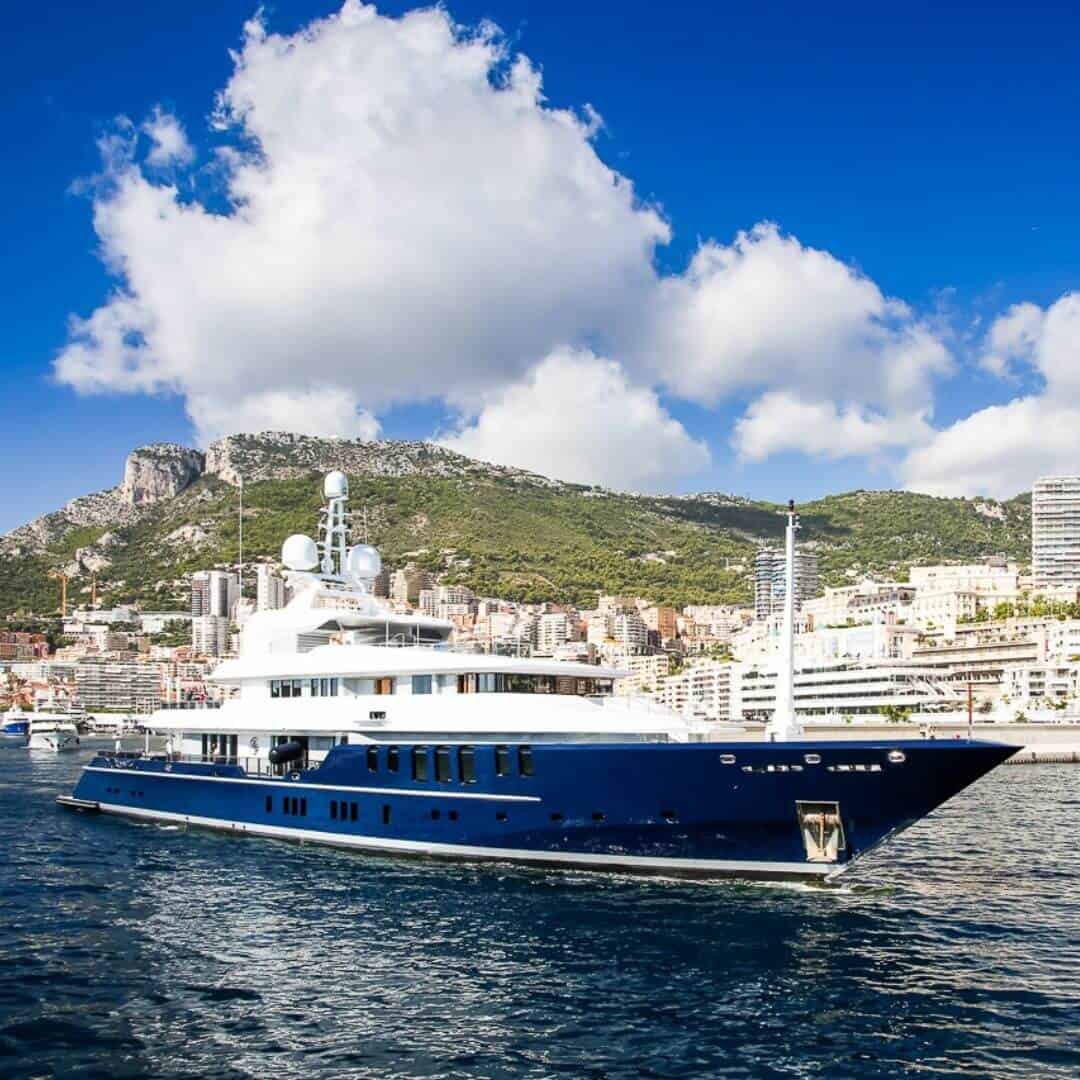 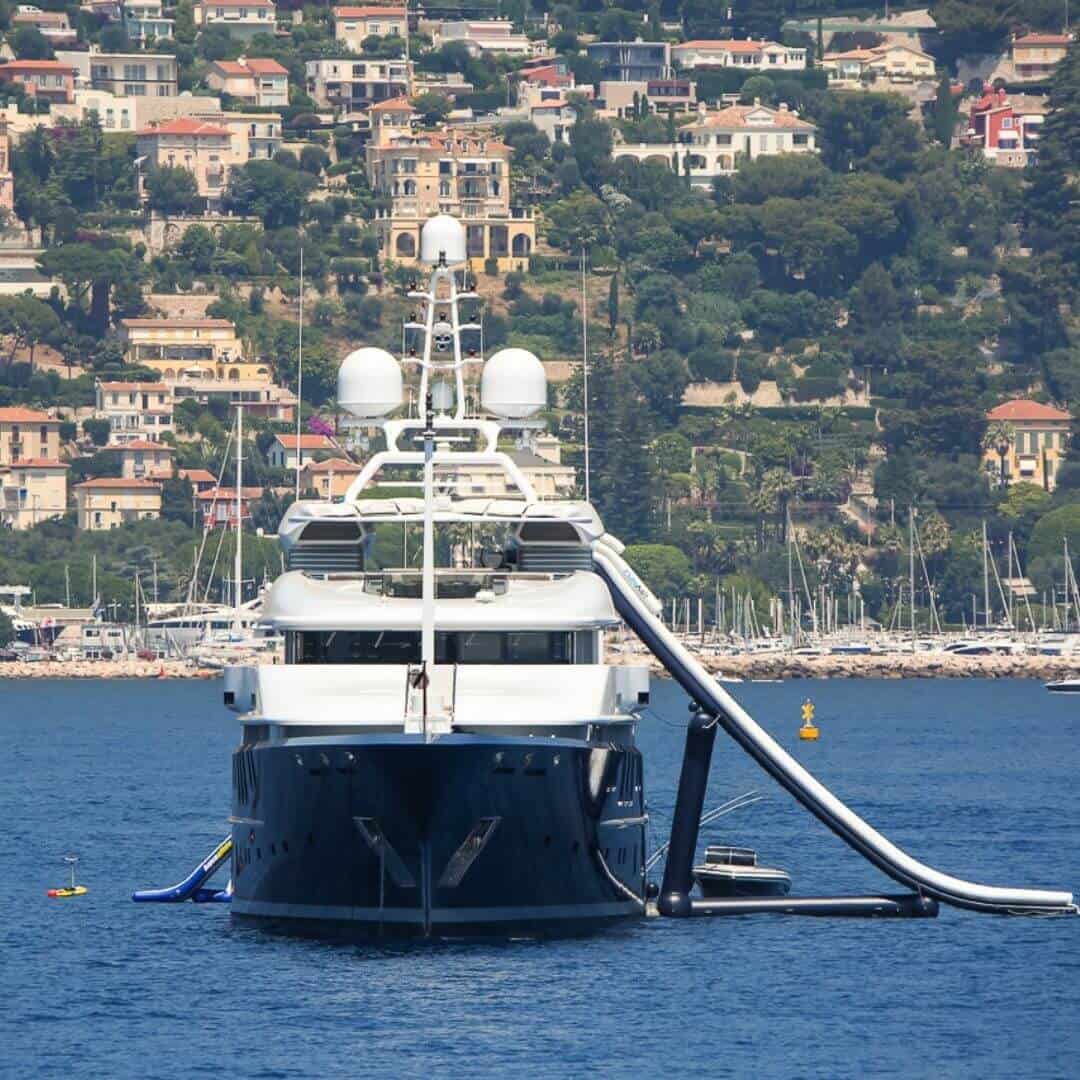 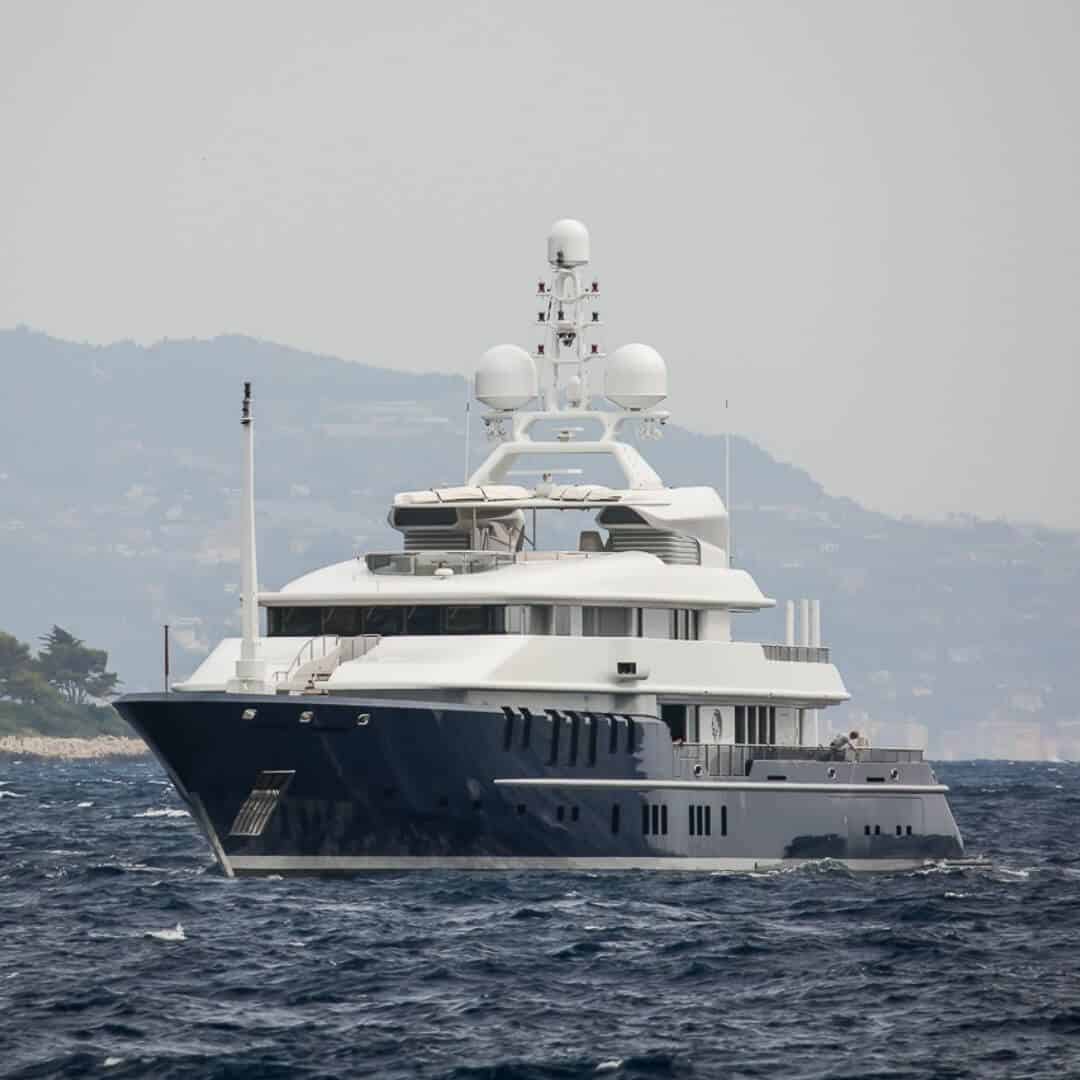 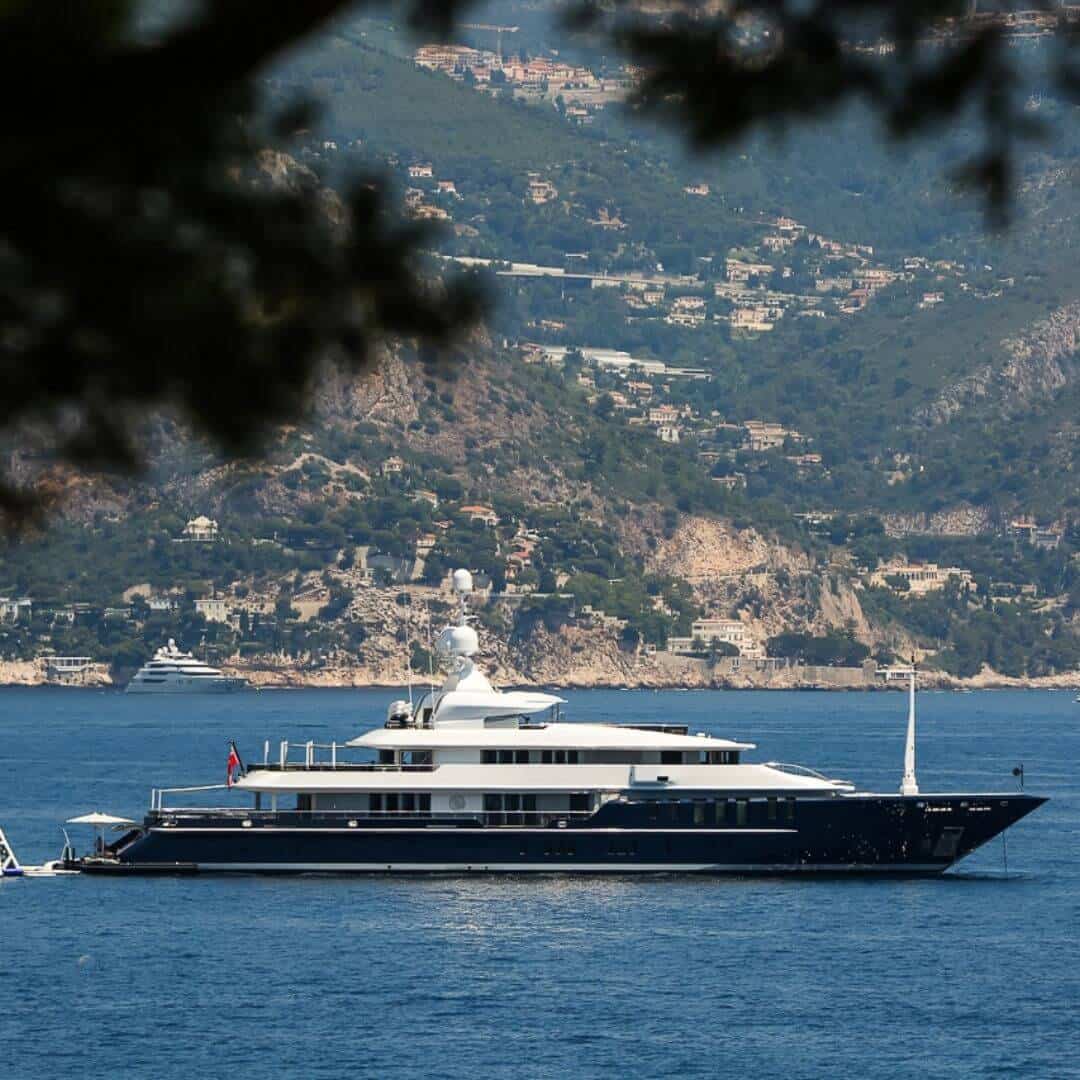 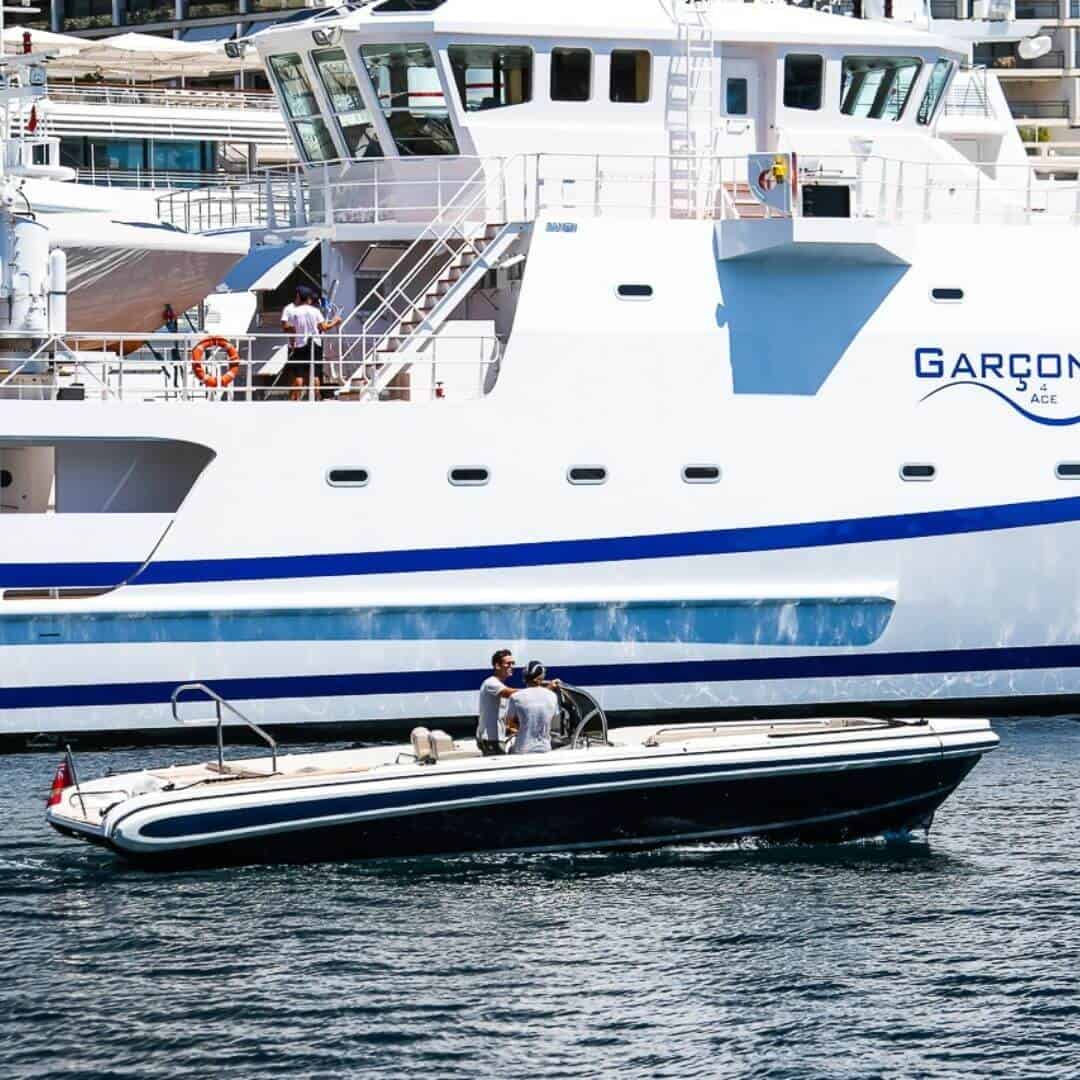 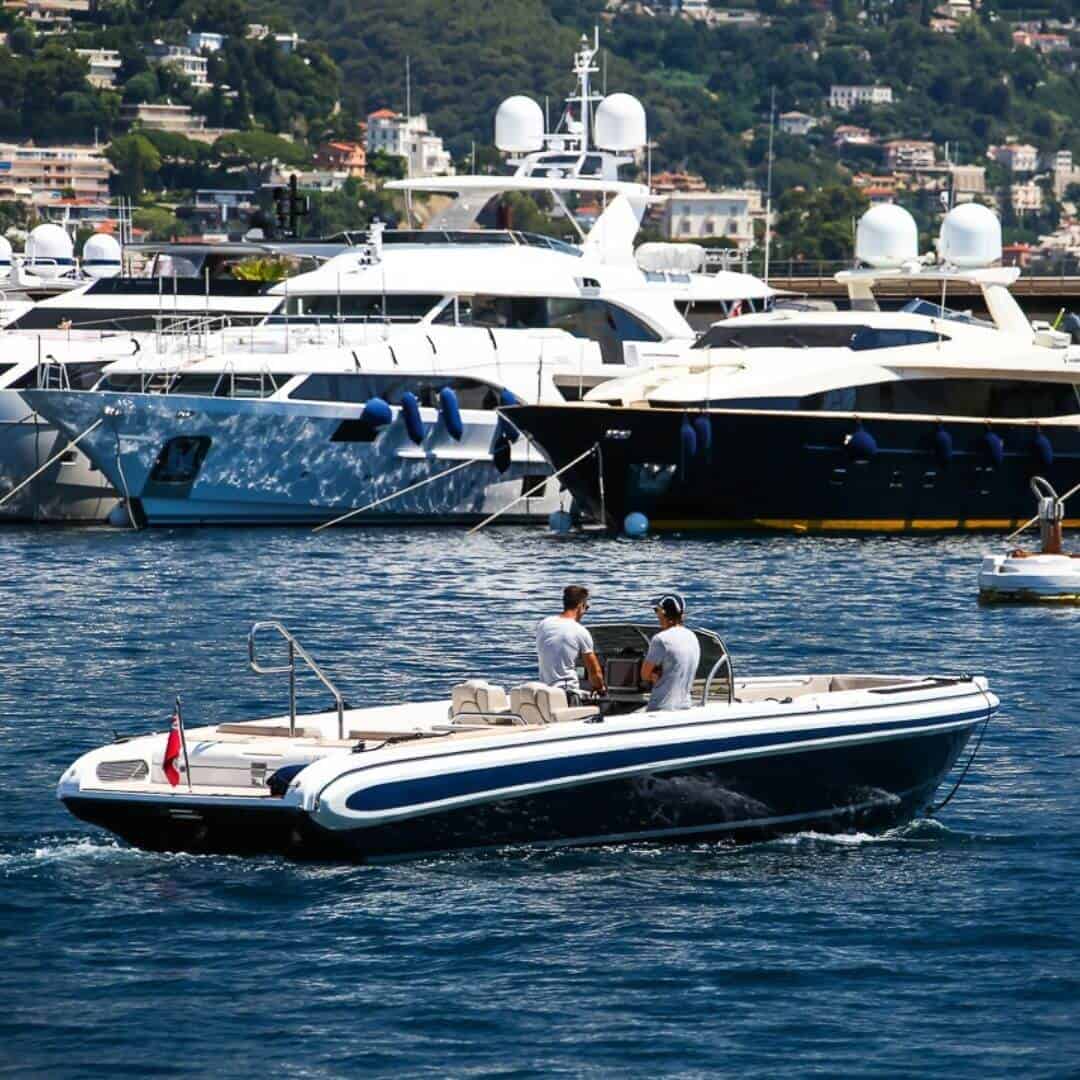 The TRIPLE SEVEN yacht is an envy-inducing yacht built by Nobiskrug, an internationally renowned superyacht shipyard specializing in custom-made superyachts. According to the project manager, the team placed parts made from composite materials onto a steel substructure and the result saved time and weight.

She became a winner of the 2007 International Superyacht Society Awards in the Best Power 43m+ category with her innovative design. Her name means lucky in Germany as well as in other cultures, and indeed, she has brought luck to NOBISKRUG, the German designer and the client.

Being an active yacht, she is a proven world cruising superyacht that has explored the Mediterranean, Caribbean, and Asia-Pacific regions.

Her minimalistic interior was penned by Newcruise and exuded a luxury vibe. As her name implies, the interior features many details inspired by the number 7, most precisely 777.

She also has seven bullet-proof forward-facing windows on the main deck with a unique shape that makes them appear almost like giant sevens.

Apart from this, the number seven can be found etched subtly on the floating spiral staircase in the yacht’s center.

The triple seven on her hull makes TRIPLE SEVEN a head-turner, which is thought to bring great success and satisfaction to its owner.

Her design was incorporated with design features from Formula 1 racing cars and added with distinctive forward tilting air ducts.

She has an open sun deck that hosts a retractable gazebo with tables for alfresco dining. Equipped with a large circular sun pad that tops the coachroof and is convertible into a helipad, guests have no problem traveling and enjoying the cruise.

She also boasts a fashionable beach club, a teak space equipped with a gym, a lounging area, and a bar.

TRIPLE SEVEN is built with a steel hull and steel / GRP superstructure. She measures 68 meters in length and has a 12-meter beam and 3.6-meter draft.

Thanks to her full-displacement hull, she is more stable when at anchor and is powered by twin MTU engines.

She is also equipped with an advanced stabilization system on board that helps minimize the side-to-side roll of the yacht for an exceptional comfort level.

The TRIPLE SEVEN yacht can accommodate ten guests across five stylish cabins. Her main suite has a hidden security closet and a “his and hers” dressing area that is connected by an immense bath carved from Portuguese marble.

Other standout features include a full night-club set-up, state-of-the-art cinema in the sky lounge, steam room, and bar.

Additionally, she offers an incredible selection of water toys and accessories such as a waterslide, Jet Skis, WaveRunner, waterskis, a Kite Surfer, scuba diving equipment, wakeboards, and much more.