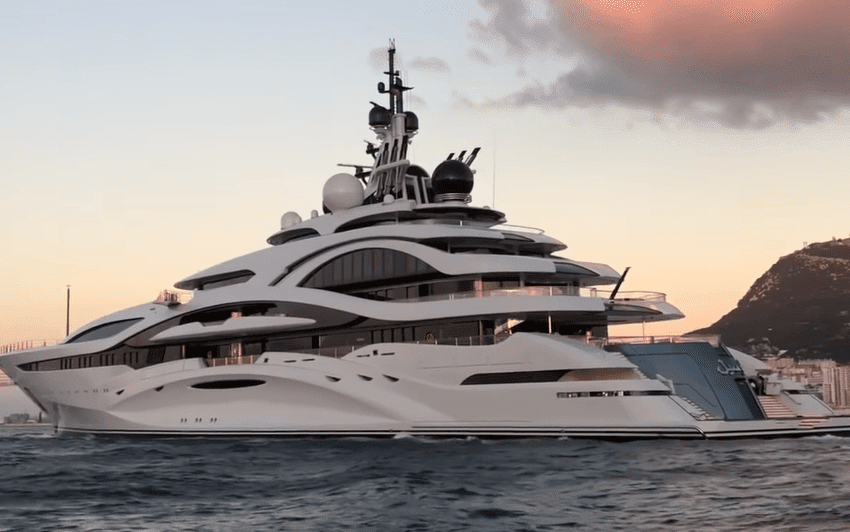 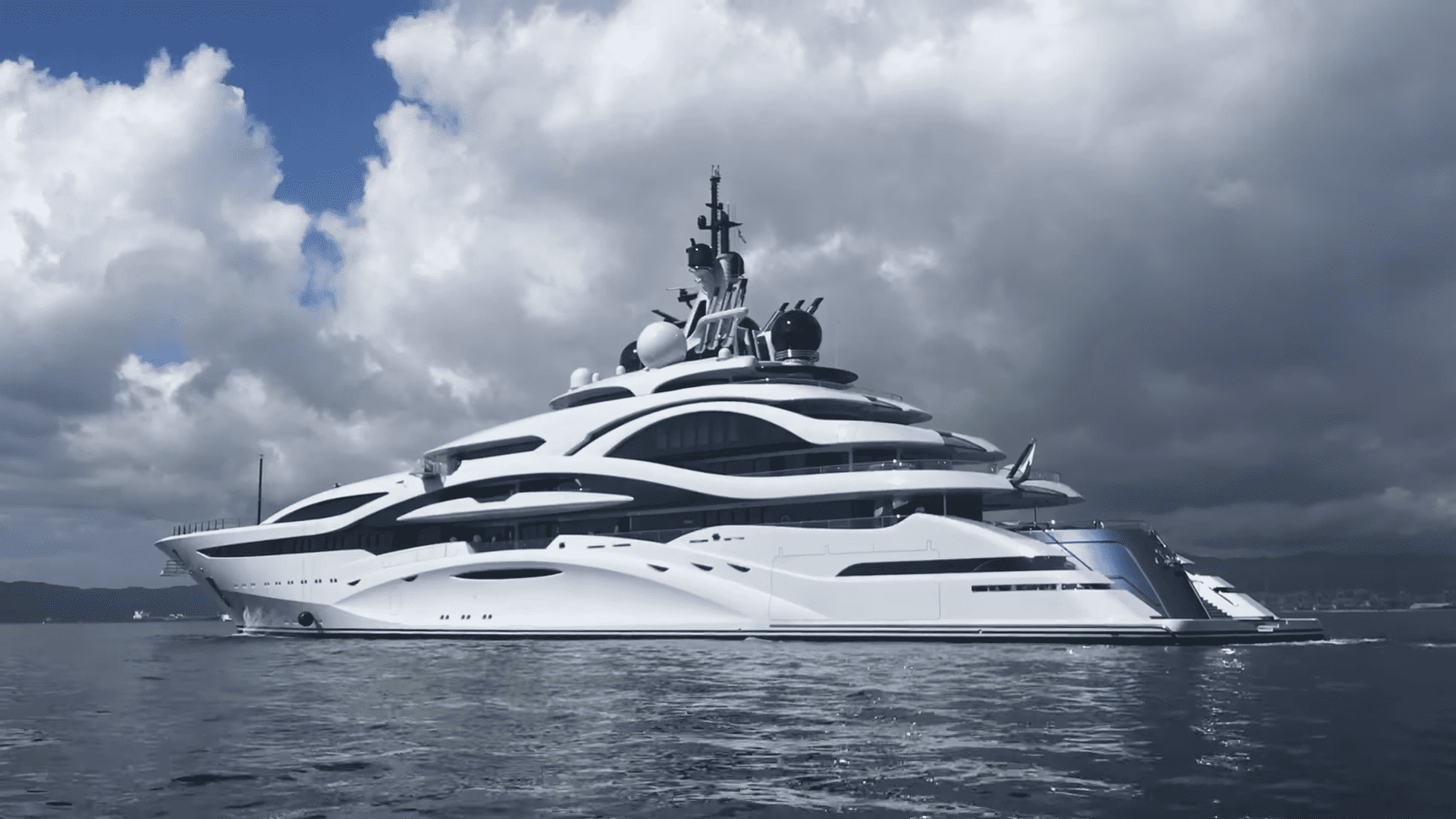 Considered the 26th largest yacht in the world, the AL LUSAIL yacht is an impressive vessel built by the German shipyard Luerssen and launched in 2017.

She is 123 metres (404 ft) long and belongs to Sheikh Tamim bin Hamad al Thani, the Emir of Qatar.

The interior of AL LUSAIL was planned by the English Design House March & White, who work on high-end, luxury projects.

The owner of AL LUSAIL, the Emir of Qatar, has not released a lot of information about the interior of his superyacht.

Few details about the exact furnishings are known, but the design style has been described as eclectic.

The yacht is said to have a large central atrium which lets in a lot of natural light in the interior.

The AL LUSAIL yacht can accommodate 36 guests and 56 crew members, although her exact cabin layout is not known.

She apparently has an elaborate spa and beauty area as well as a large gym and several indoor pools.

Everything on the interior of the yacht was custom-designed for AL LUSAIL and equipped with only the highest standard of materials.

She is powered by twin MTU engines which allow her to reach top speeds of 15 knots despite her 8,489-ton weight.

AL LUSAIL comfortably cruises at 12 knots and has a total range of more than 4,500 nautical miles.

The vessel has a large aluminium superstructure, steel hull and teak decks.

The London-based design company H2 Yacht Design is responsible for the exterior design of the AL LUSAIL yacht.

She is an all-white yacht with a sleek design and a lot of windows.

On the aft, AL LUSAIL features a large beach club with an extendable swimming platform.

Her high-end underwater lighting system perfectly illuminates the yacht in the evenings.

At the bow, the yacht has a sizable helipad where even larger aircraft can land easily, allowing guests to arrive and depart comfortably.

Her remaining decks provide ample seating and entertaining space for her guests.

There is, however, only limited open-air space as the Emir of Qatar values his privacy.

She generates additional annual running costs of US $25 to 50 million and is currently not available for charter.

Sheikh Tamim has three wives and a total of thirteen children and frequently posts on social media channels such as Instagram.

He is estimated to have a total net worth of US $2.5 billion, and in addition to the AL LUSAIL yacht, he owns mansions in London, Oman and, of course, Qatar.