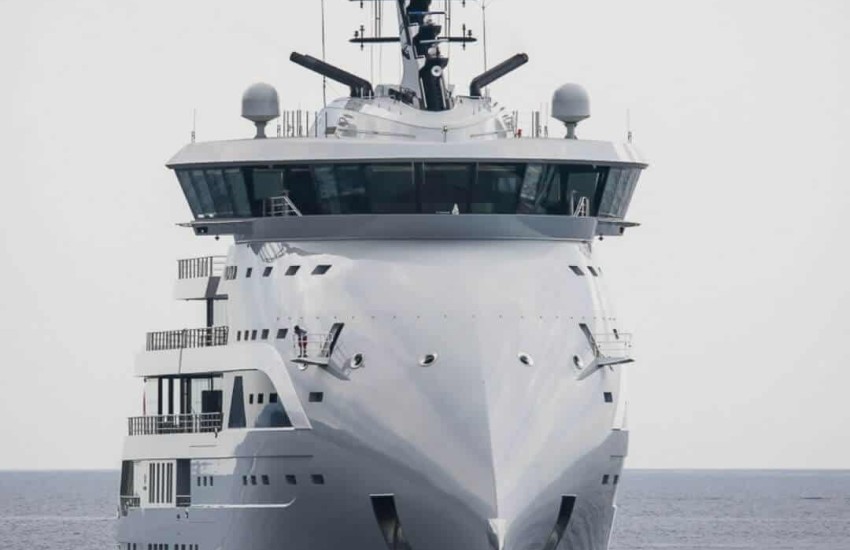 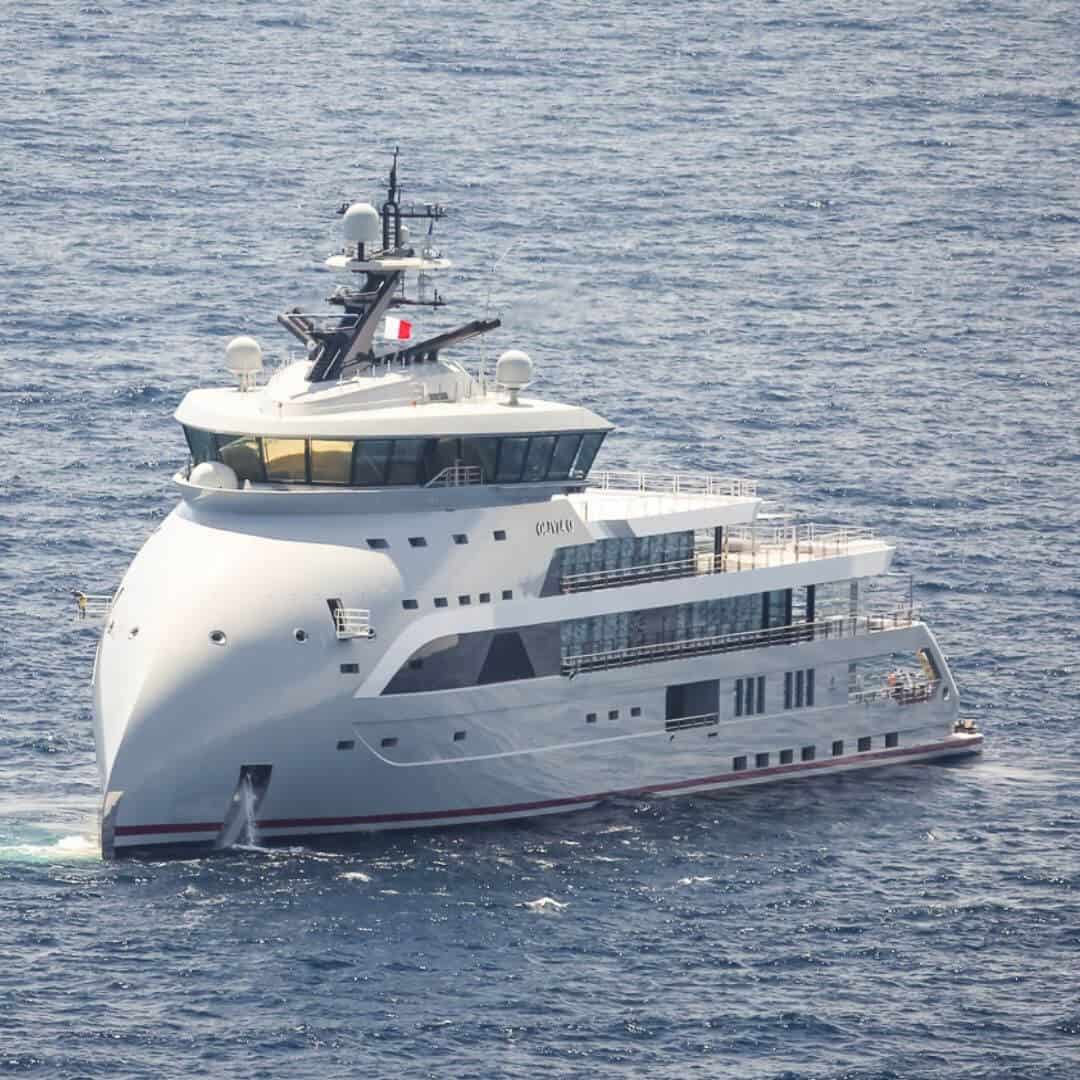 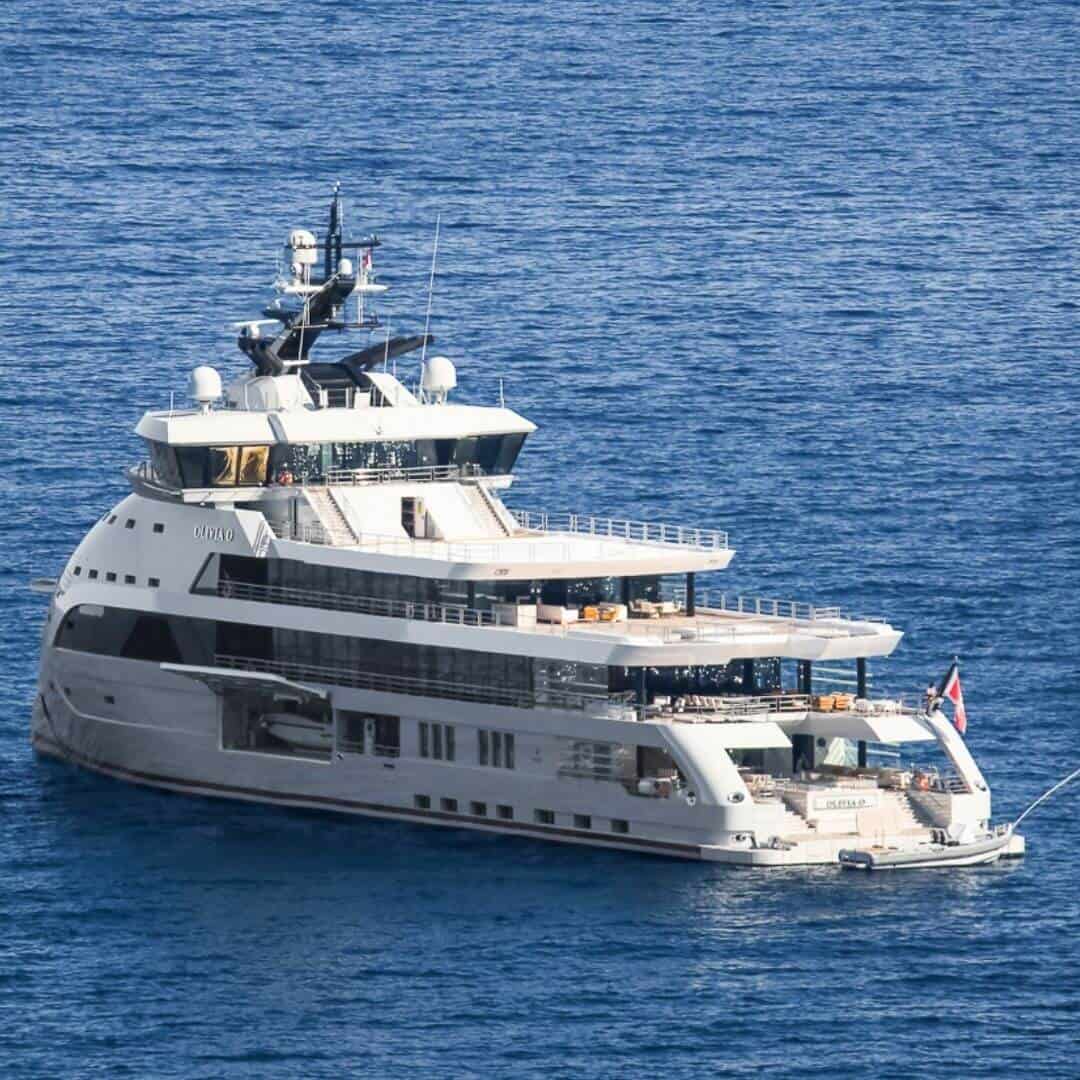 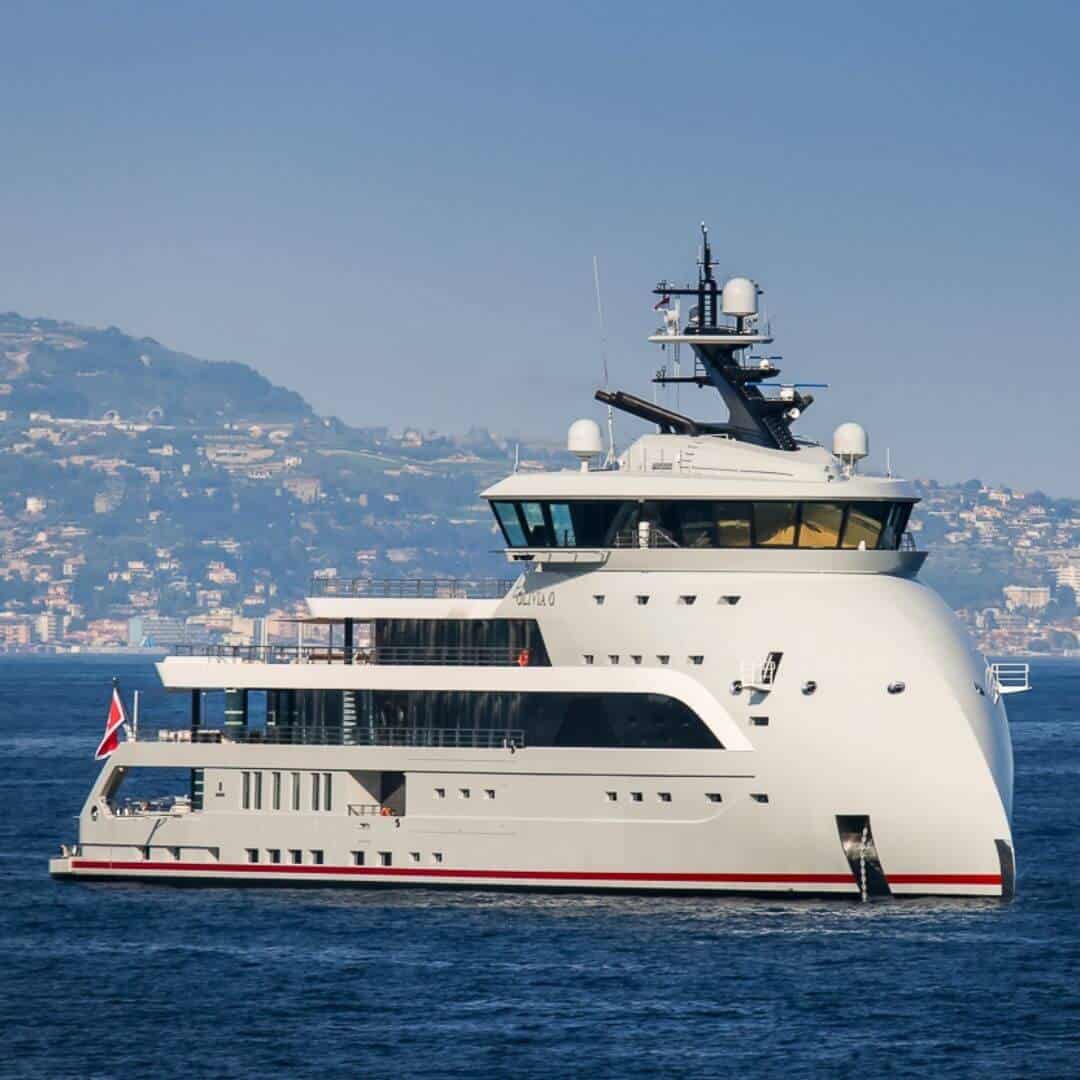 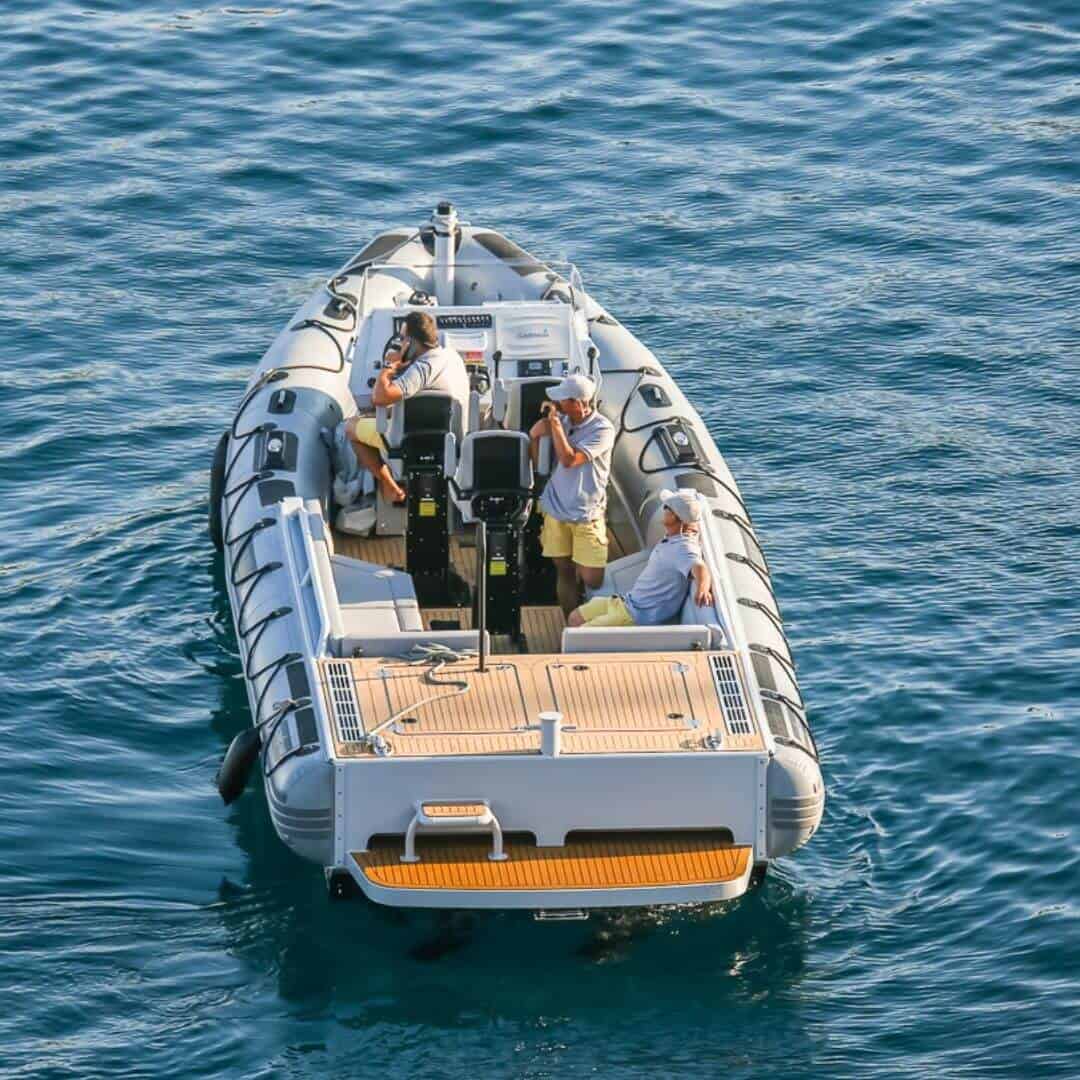 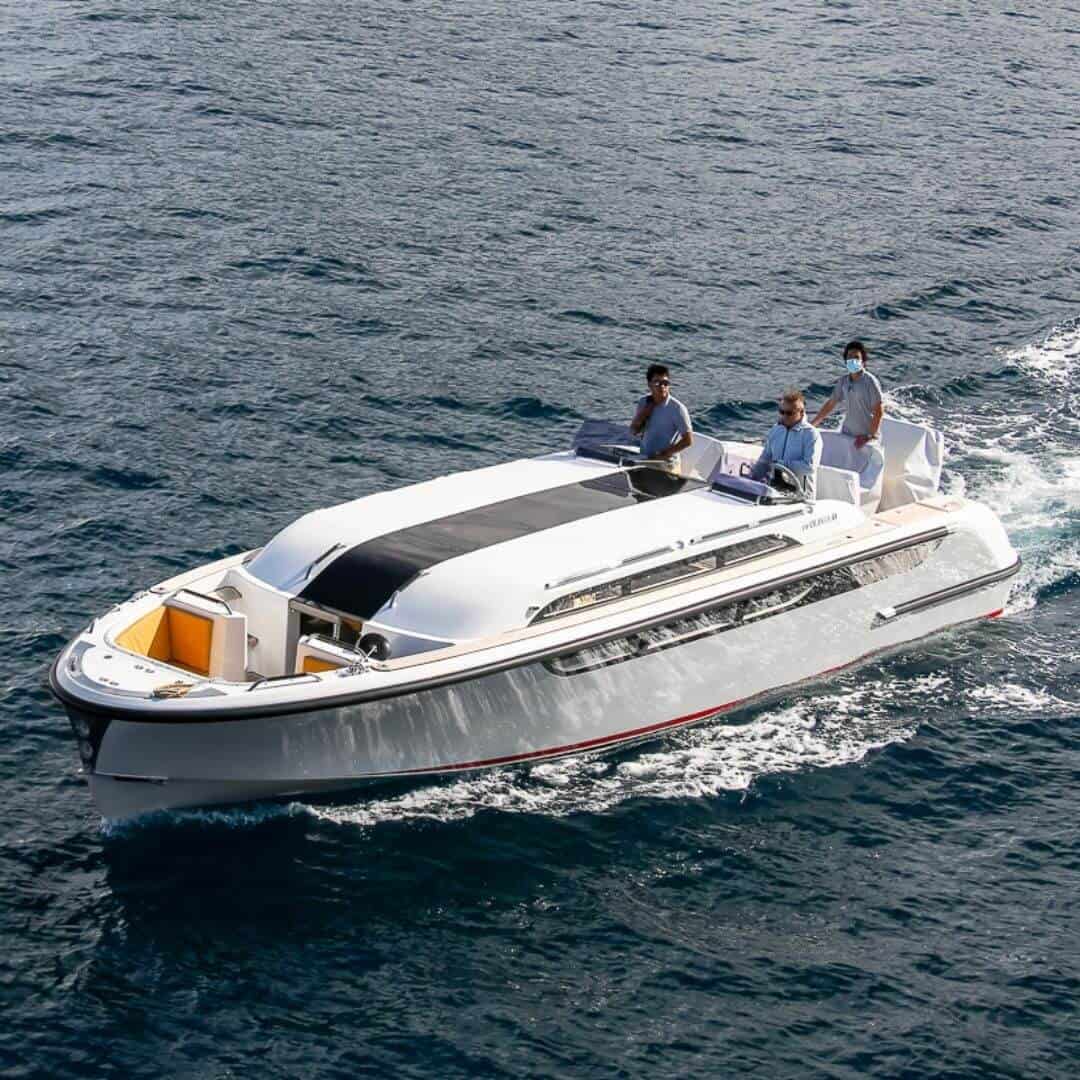 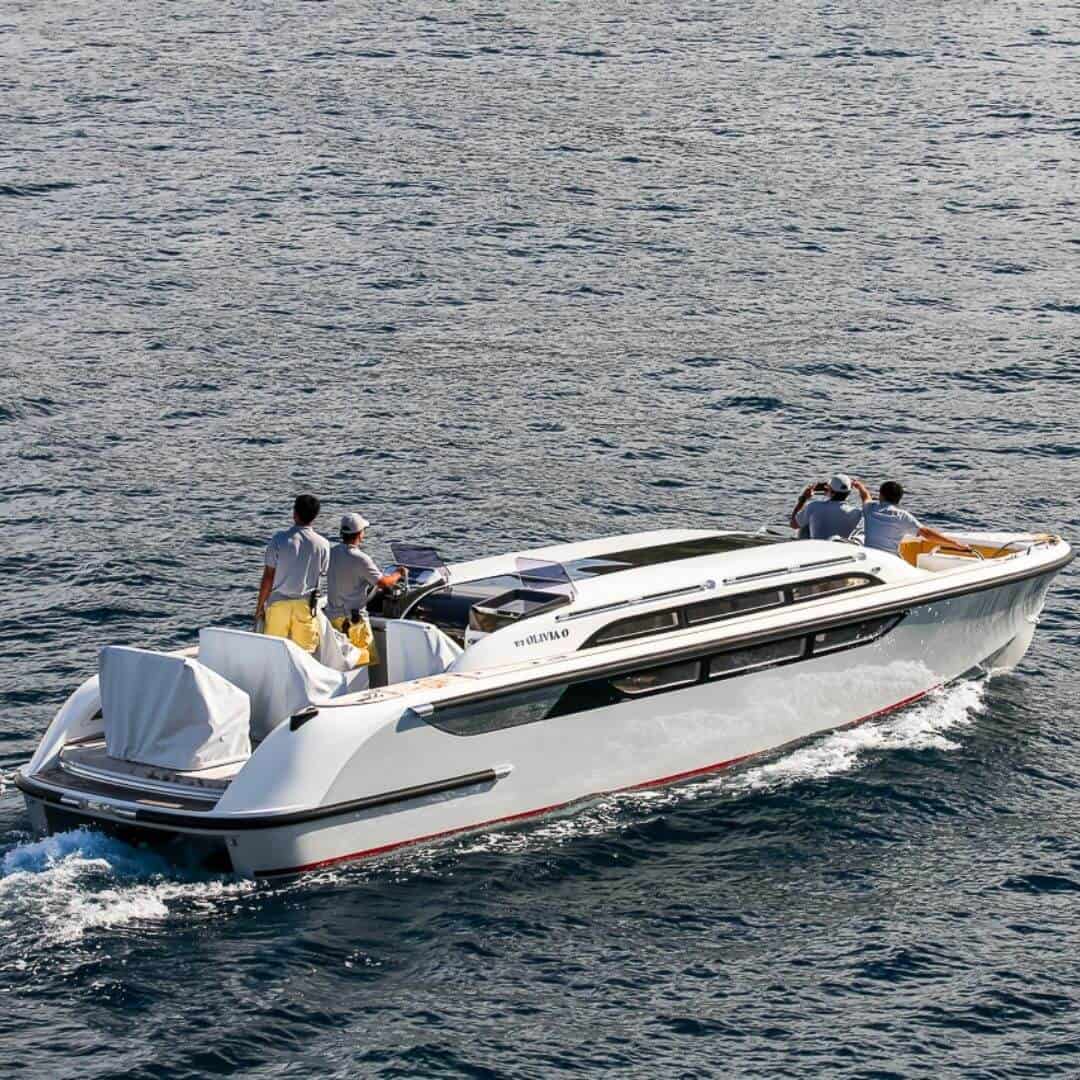 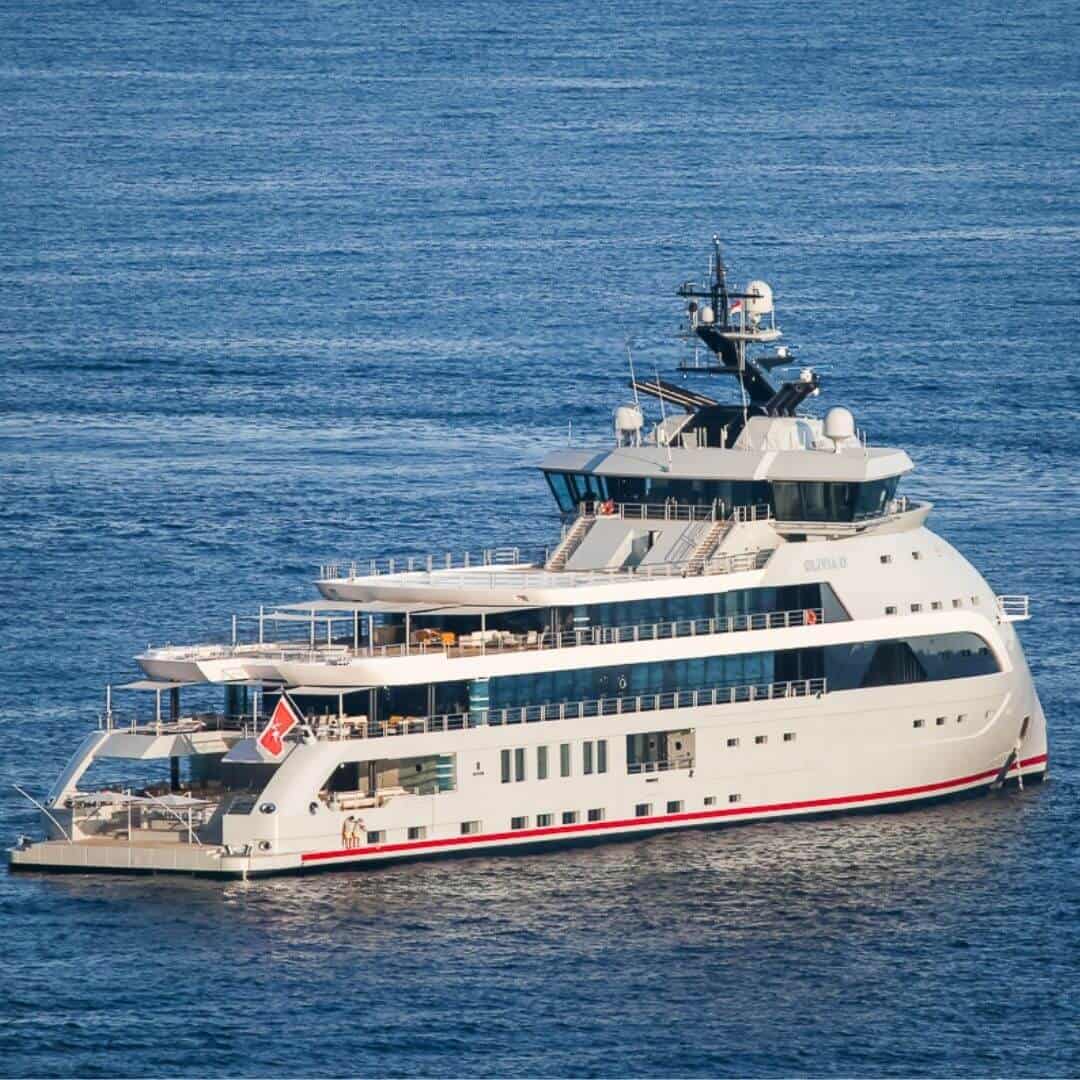 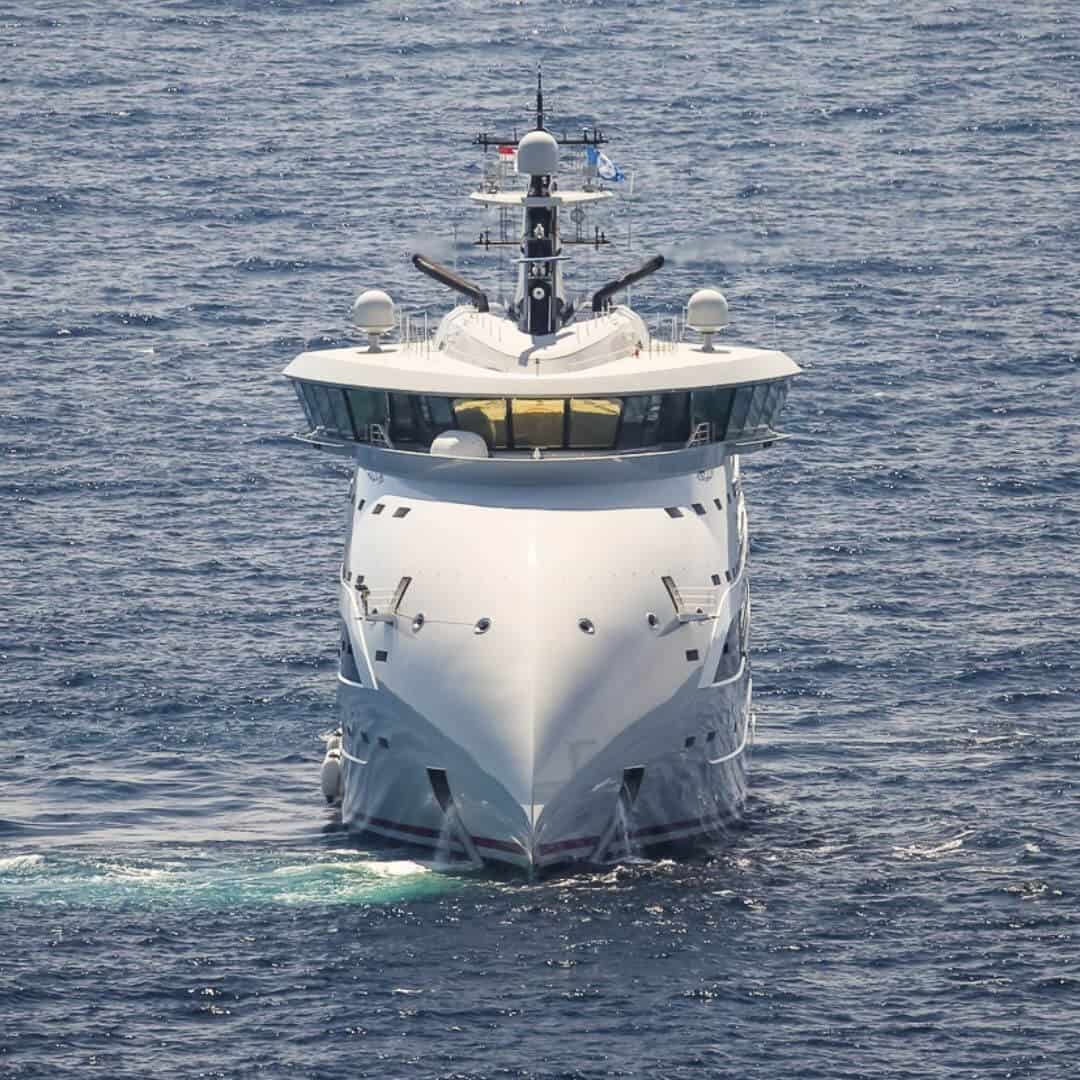 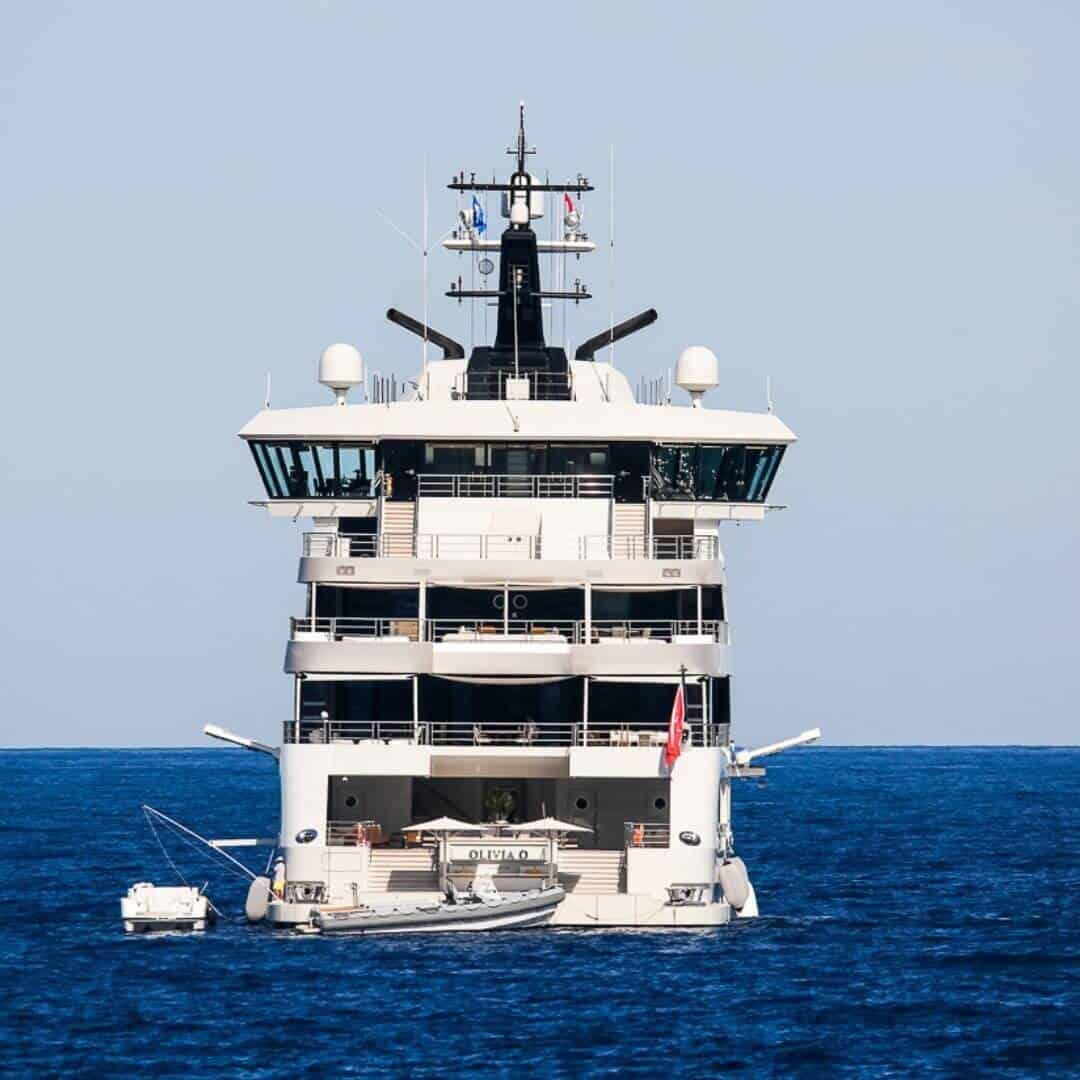 OLIVIA O yacht is the 88th largest yacht in the world with a total length of 88 metres (288 ft). She is an explorer yacht built by the Ulstein shipyard in Norway in 2020. The owner of this vessel is Eyal Ofer, a Monaco-based billionaire who named the yacht after his daughter Olivia Ofer.

No official photos of the interior of OLIVIA O have been released. The design project was conducted by Droulers Architecture, a studio from Milan that is owned by the two sisters Nathalie and Virginie.

They have worked on several superyachts and she was one of their largest. The vessel includes seven guest cabins which can host up to 14 guests. A further 30 crew members find space in 15 cabins below deck. The yacht has a large movie theatre, a gym as well as a beauty salon.

Her twin electric Rolls Royce engines allow her to cruise at a speed of 14 knots although her top speeds of 15 knots aren’t much higher. With a volume of 4.989 tons, she is very heavy, especially when considering her length.

Ulstein is typically known for constructing vessels meant for the oil industry and OLIVIA O was the first superyacht they built. To this day she remains the largest yacht constructed at their shipyard in Norway.

When looking at OLIVIA O her unusual exterior design is immediately noticeable. She features a so-called inverted bow (or x-bow) which her builders at Ulstein are known for. This means that the furthest tip of the bow is not located at the top but rather on the bottom at the water line.

Her bow is just one more feature that clearly identifies OLIVIA O as an explorer ship and much more than just a superyacht. She carries several tenders and features a large helipad and of course a 10-metre swimming pool.

Her remarkable bridge offers almost 360° views and is reminiscent of an exploration vessel. The exterior design of OLIVIA O was conducted by Espen Oeino who has worked on many other prominent yacht projects in the past.

The owner Eyal Ofer paid a reported price of US $200 million. She generates US $15 to 20 million in annual running costs.

The owner is Eyal Ofer an Israeli billionaire who made his fortune in the real estate sector and the shipping industry. He is estimated to have a net worth of US $11.7 billion. He often takes OLIVIA O on outings to the Mediterranean with his entire family including his four children.