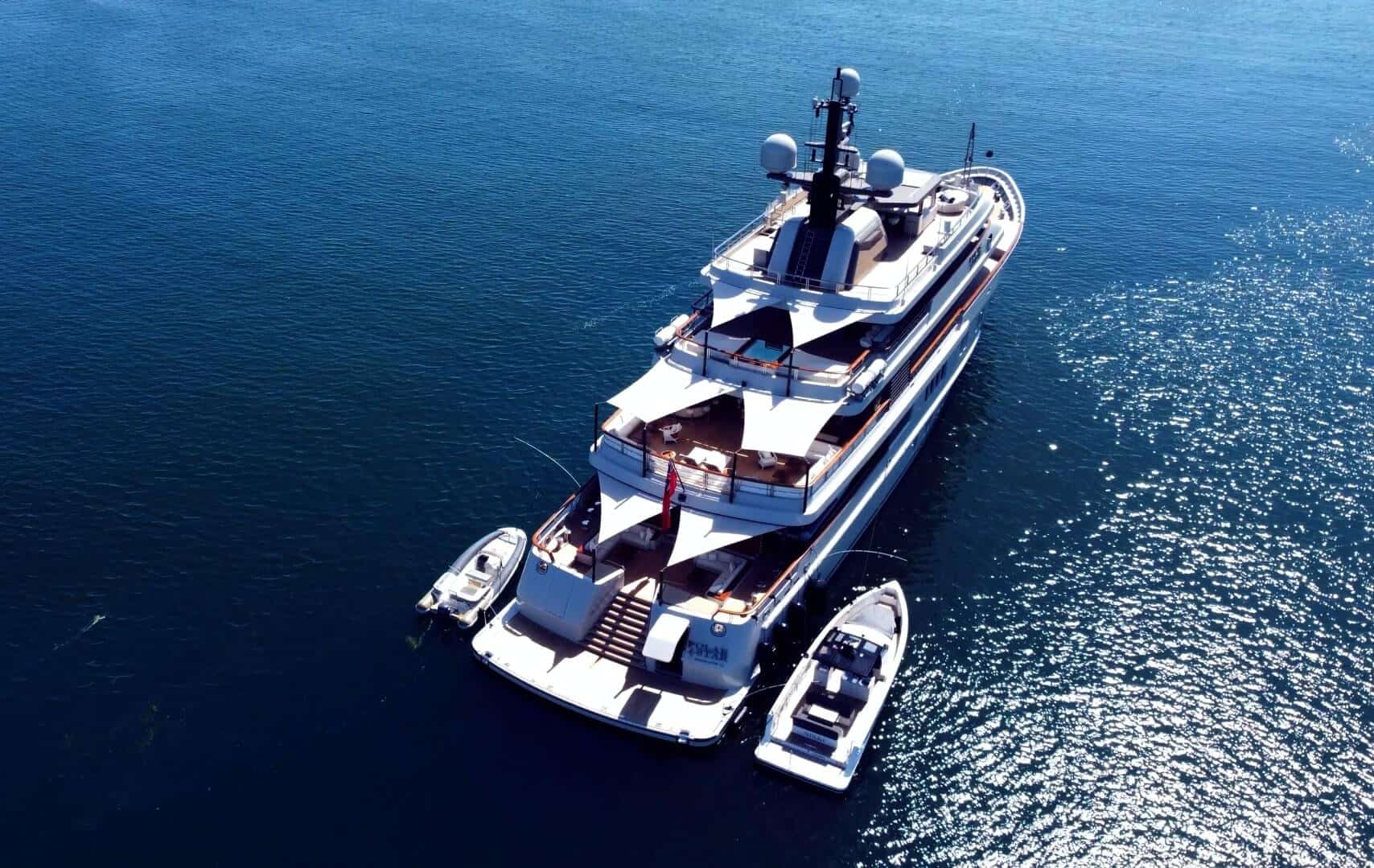 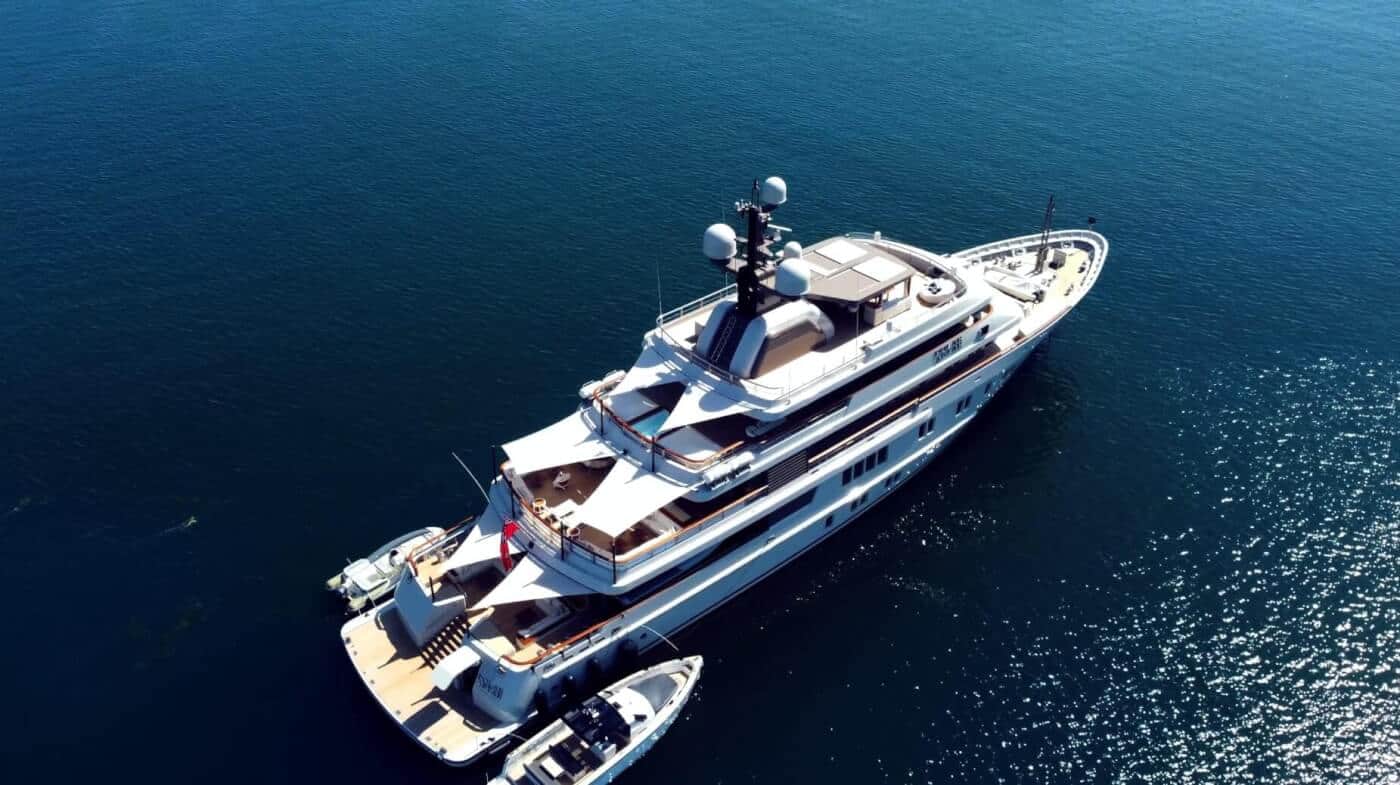 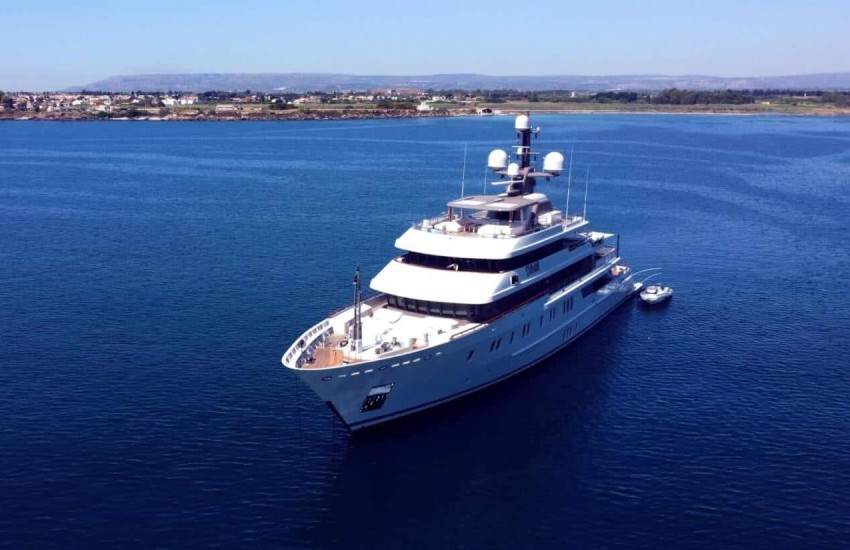 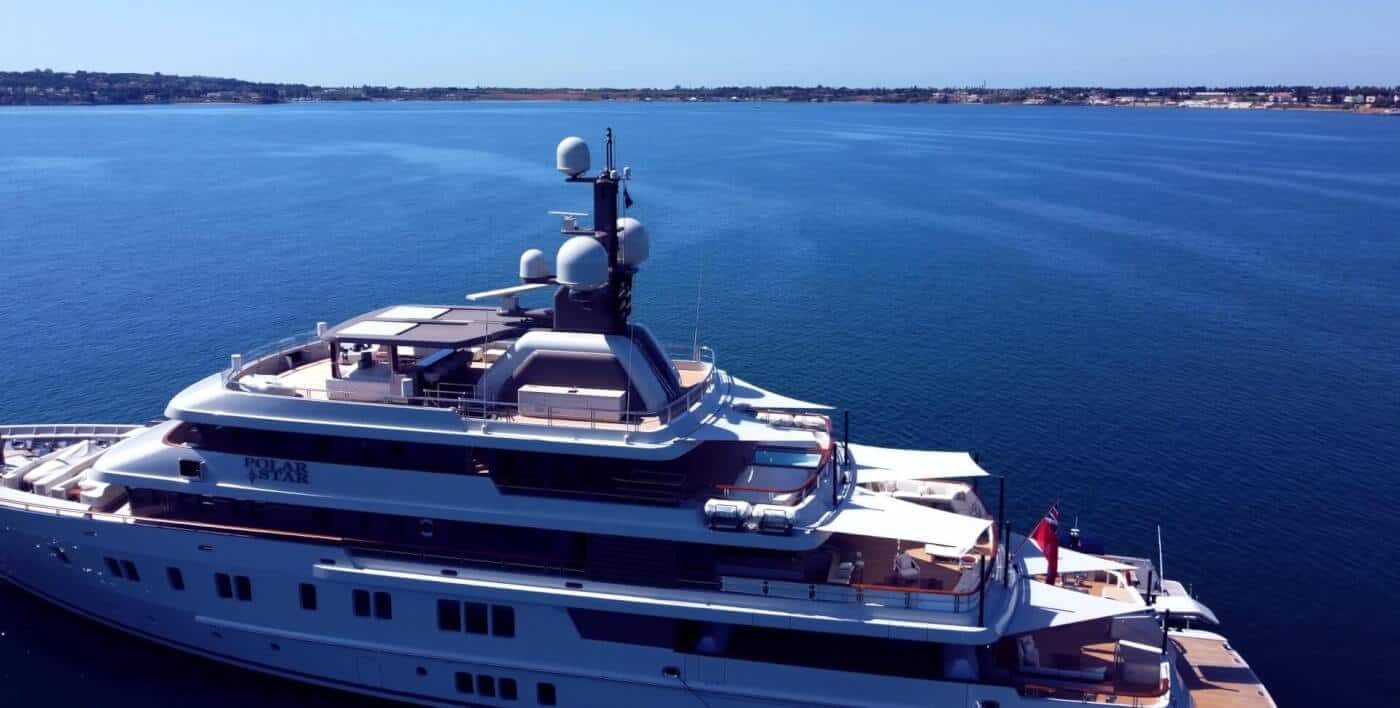 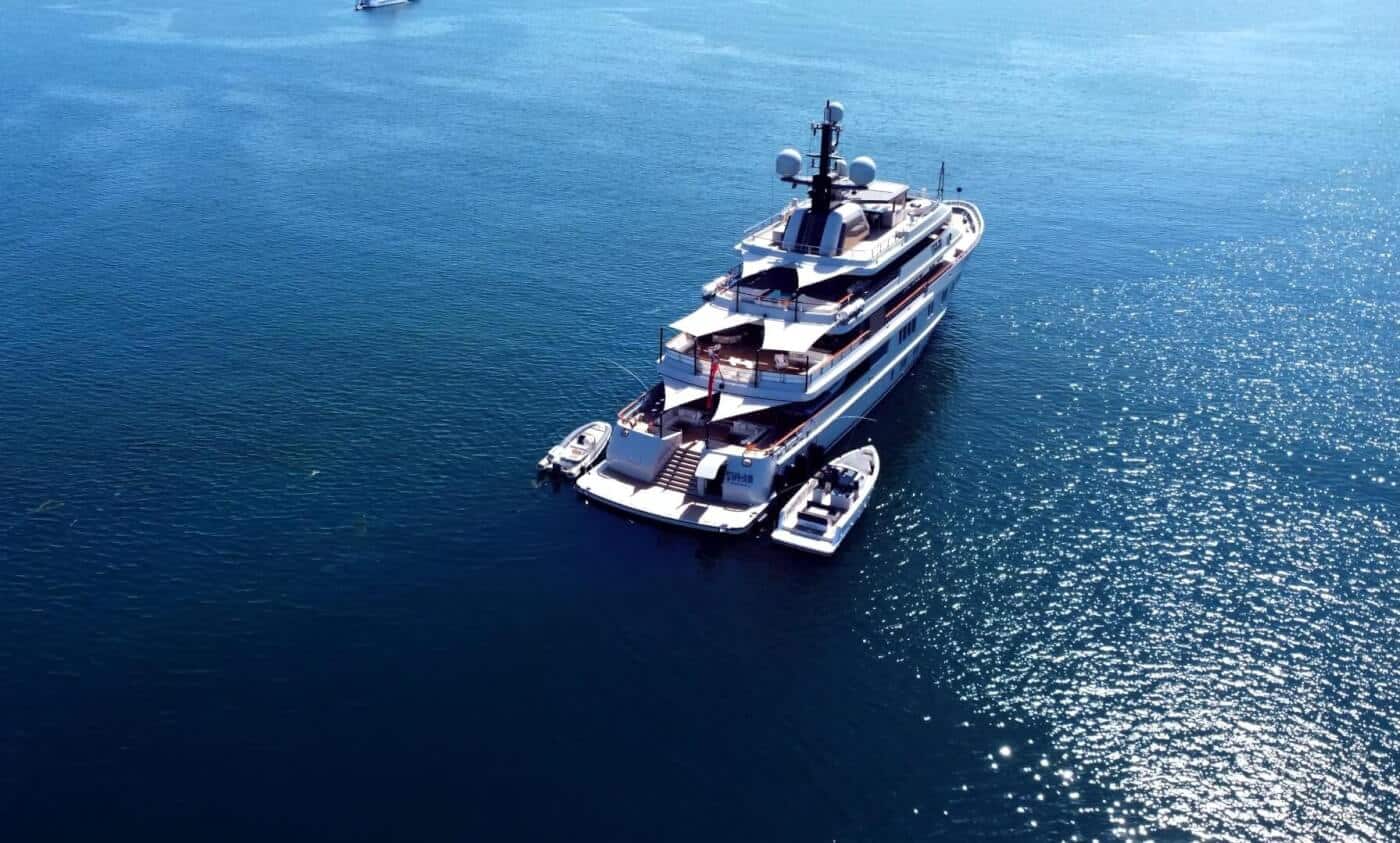 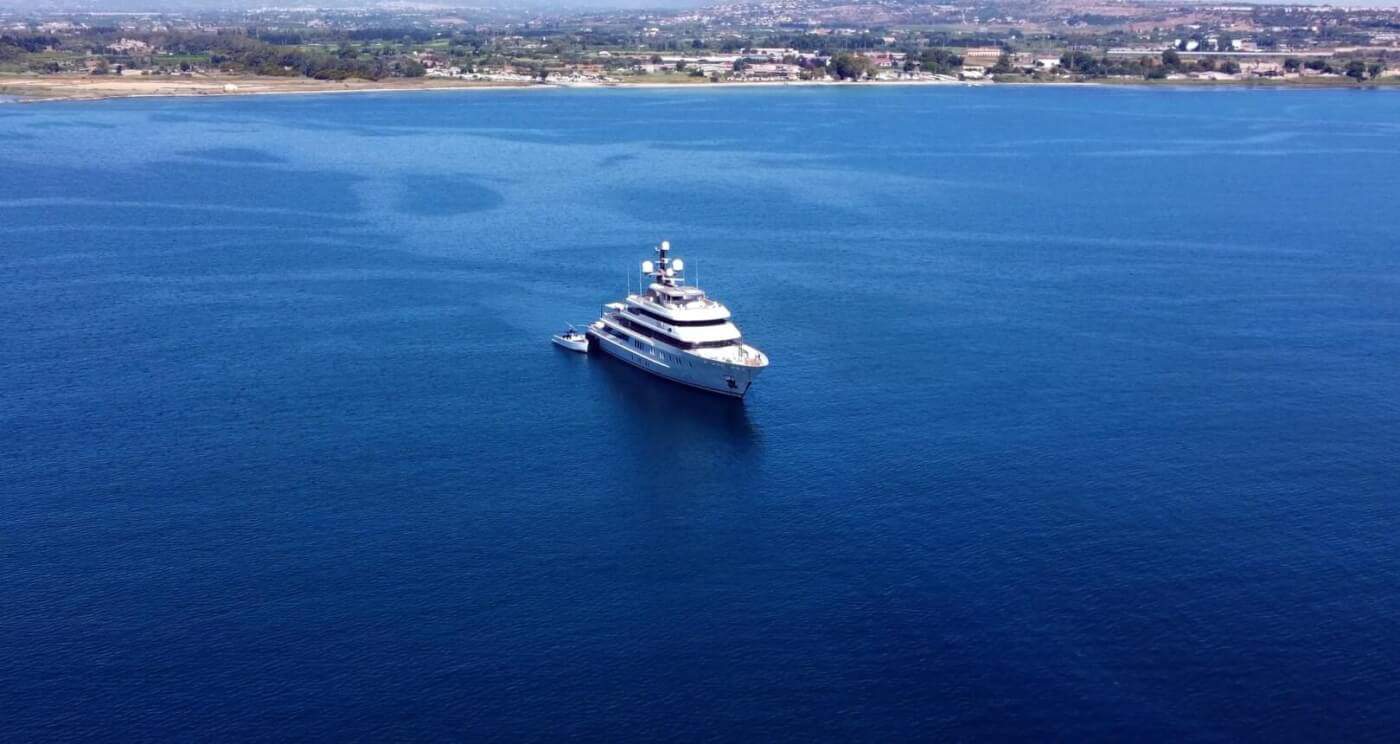 The POLAR STAR yacht is a stunning superyacht that was built in 2005 undergoing a major refit in 2016.

She measures 63.4 meters and was built by world-renowned Lurssen while her exquisite design was the work of Monaco’s Espen Oeino.

The interior of the POLAR STAR yacht has been designed to comfortably accommodate 12 guests spread across 6 different suites all with ensuite bathrooms (4 of which are doubles and 2 which are twins).

In order to cater to the guests, the POLAR STAR yacht has a dedicated crew of 19 including the captain.

Although POLAR STAR is privately owned and a lot of the interior layout is a mystery it is reported that she has an indoor Gym, a cinema, and a massage room.

Two Caterpillar engines power which results in a maximum speed of 15 knots while her comfortable cruising speed is approximately 12 knots.

POLAR STAR is comprised of six different levels giving her optimal space throughout.

Capable of navigating across the world she has a swimming platform as well as a spa and a vast selection of water toys.

POLAR STAR has a steel hull and aluminum superstructure providing stability and most importantly safety while exploring even the most remote destinations around the world.