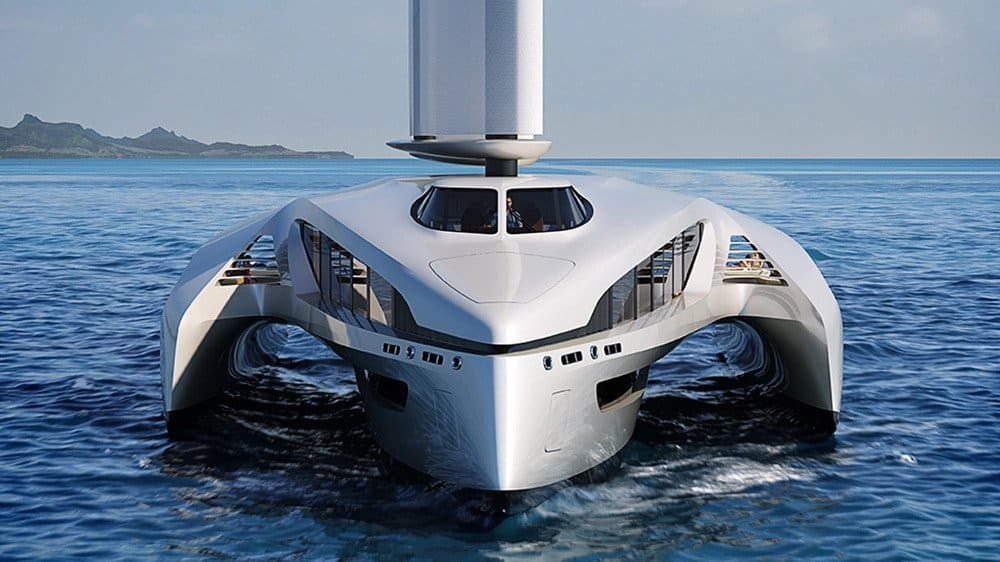 This stunning vessel by VPLP was inspired by seagulls which is evident in her two large wings. Measuring an impressive 45 meters (148 feet) she goes by the name SEAFFINITY.

SEAFFINITY has two large sails that span an impressive 2,690 square feet each which can propel he silently around the world’s oceans optimising clean and efficient energy.

The hybrid engine is powered by a hydrogen fuel cell which allows the yacht to run on electricity without any combustions or emissions.

According to the studio the concept came from a desire to make the boat more harmonious with nature.

The SEAFFINITY yacht design was penned under direction from Patrick Le Quement, a noteworthy designer in the yachting world.

The seagull inspired shape resulted in a streamlined flow similar to that of the bird itself. The cruising speed or range of the yacht is still currently unknown.

SEAFFINITY joins the ranks of new trimaran / tri-hull designs which have become quite popular recently such as Yeojin Jung’s Estrella yacht.

SEAFFINITY’s slick and streamlined design has definitely brought a high calibre of design to the table and one can only hope we see her brought to life in the near future.