The VENUS yacht was delivered in 2012 by Feadship, a Dutch shipbuilding company. The late Steve Jobs commissioned the yacht, and she is now owned by his wife, Laurene Powell Jobs.

Phillippe Stark designed the VENUS, and Jobs was an integral part of the yacht’s design. The 78m yacht has garnered a lot of attention thanks to the famous name who commissioned it, but there are not many details about the boat’s interior available.

The interior design of the VENUS yacht was largely designed by Steve Jobs, in combination with Philippe Starck.

One can only imagine that the interior reflects Apple’s slogan “Think Different,” with an eye-catching and minimalist interior to reflect the design of the yacht’s exterior.

It is known that the bridge is lined with 27-inch Mac computer screens, with large cabin windows that are almost floor to ceiling, with a main living area. There is accommodation for 12 guests in 6 suites and 22 crew.

The VENUS yacht has a unique exterior, reflecting the sleekness and eye-catching nature of Apple’s products, and was designed by Philippe Starck.

Feadship was commissioned to execute the build. Everything about the exterior is eye-catching and unique, from the silver paint job to the stainless steel details to the line of rectangular windows that run from the bow.

The structure of VENUS features 90-degree angles, an axe bow for piercing waves, and a flat and somewhat unusually squared stern that opens to reveal a tender garage.

There is no visible radar arch or satellite equipment, as all the equipment is hidden within a box that keeps the VENUS exterior appearance clean and sleek.

She has an annual running cost of $10-$15 million and was rumored to cost $100 million to build. VENUS was refitted in 2015 at Monaco Marine.

The owner of VENUS is Laurene Powell Jobs, the wife of the late Steve Jobs. Steve Jobs was the CEO and co-founder of Apple and was largely responsible for the company’s meteoric success.

He was a pioneer of tech and also sat on the board of The Walt Disney Company when they acquired Pixar, the animation company he was a co-founder and primary investor of.

Jobs was diagnosed with cancer and died in 2011. VENUS was left to his wife, Laurene Powell Jobs. He always knew there was a chance he would leave Laurene with a half-completed boat and stated this: “But I have to keep going on it. If I don’t, it’s an admission that I’m about to die.”

Once known as Lady Margaret, the SHERAKHAN yacht was later rebuilt and renamed in 2005, and was made…
Read More 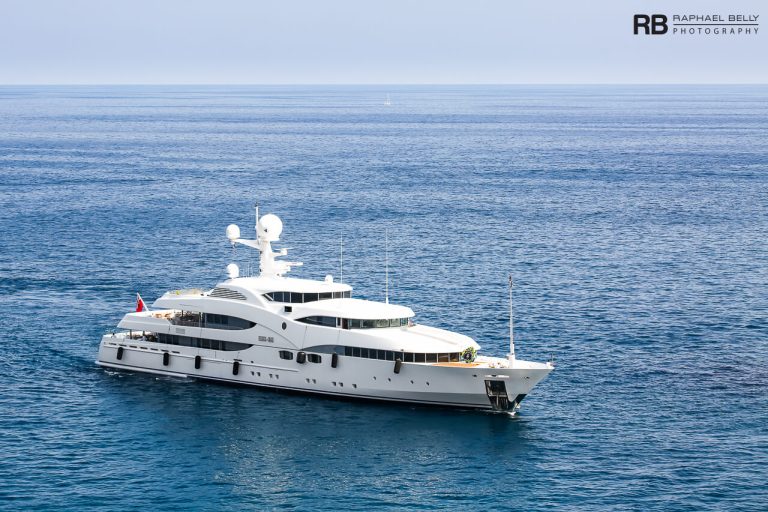 The NOURAH OF RIYAD yacht is a superyacht that measures 70.0 meters in length and was built by…
Read More