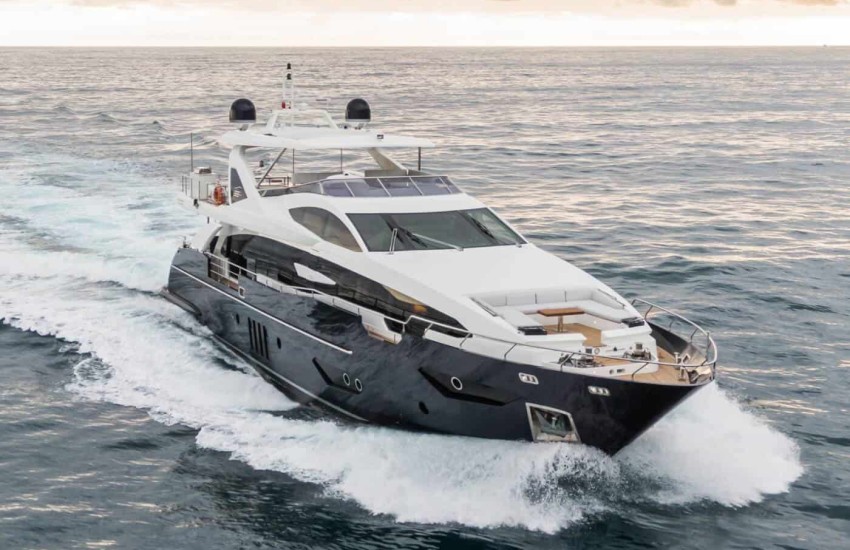 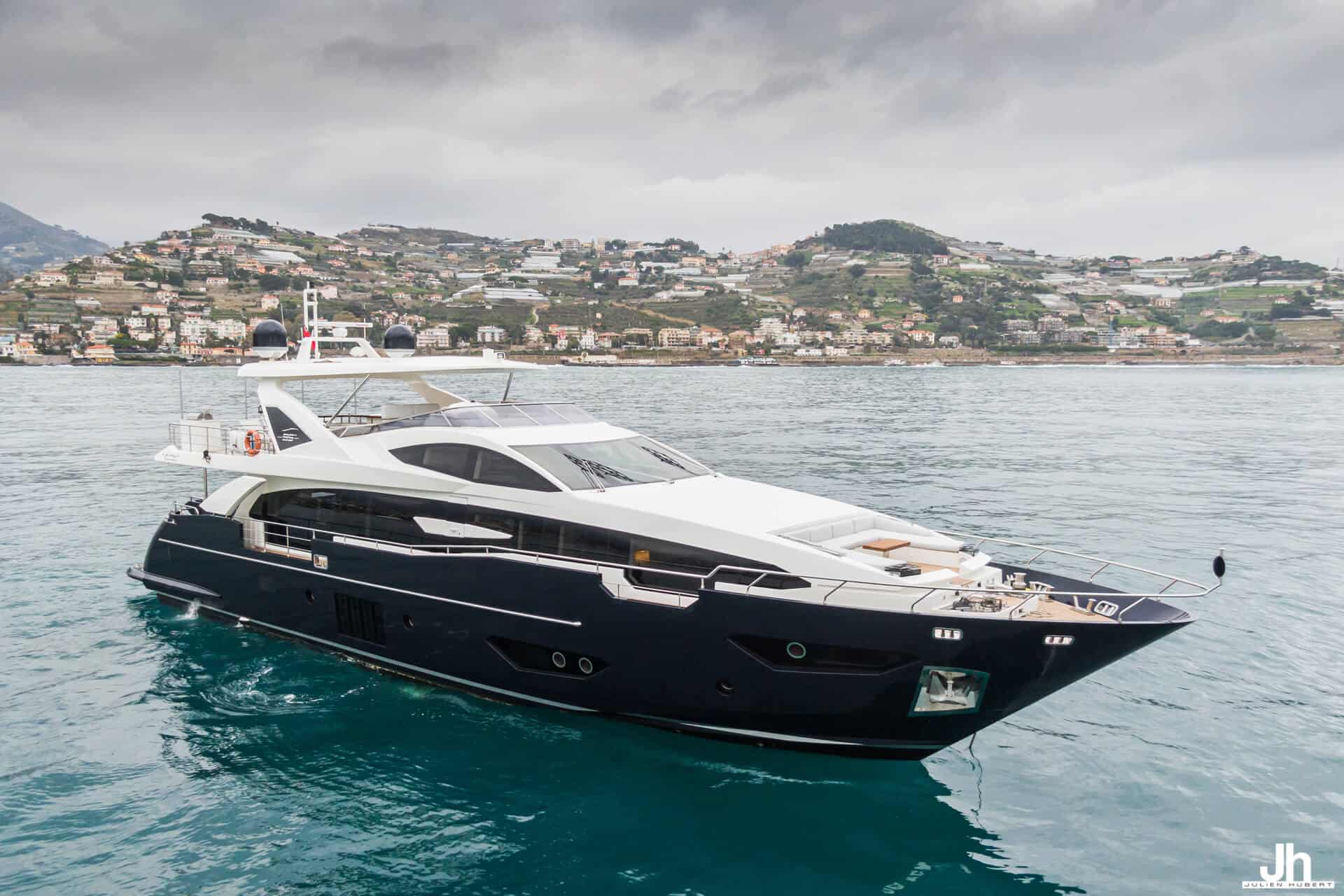 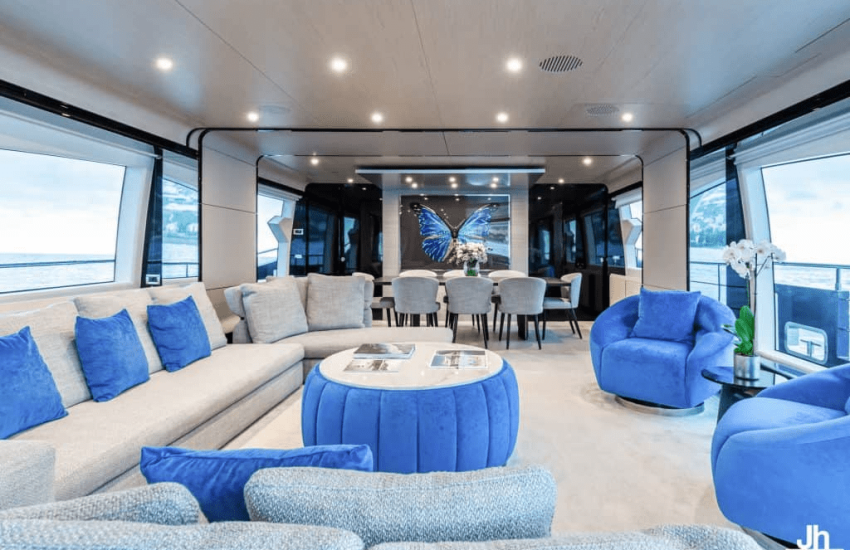 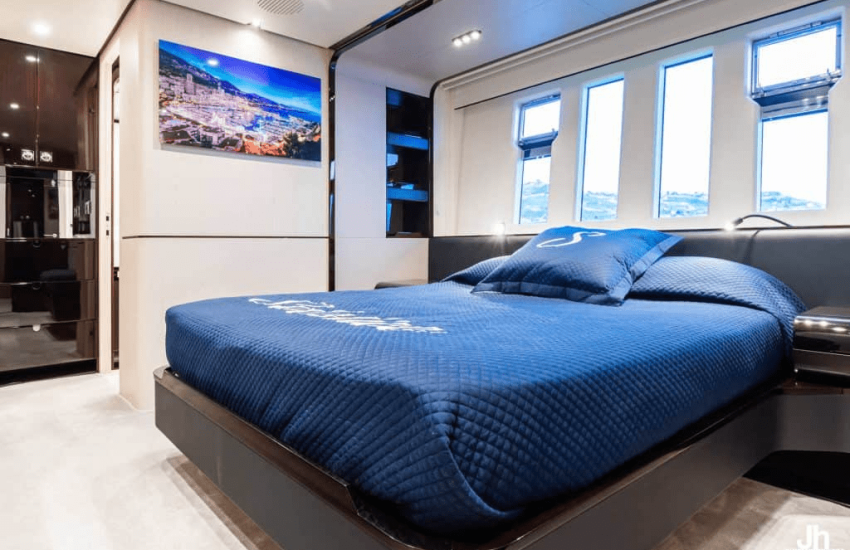 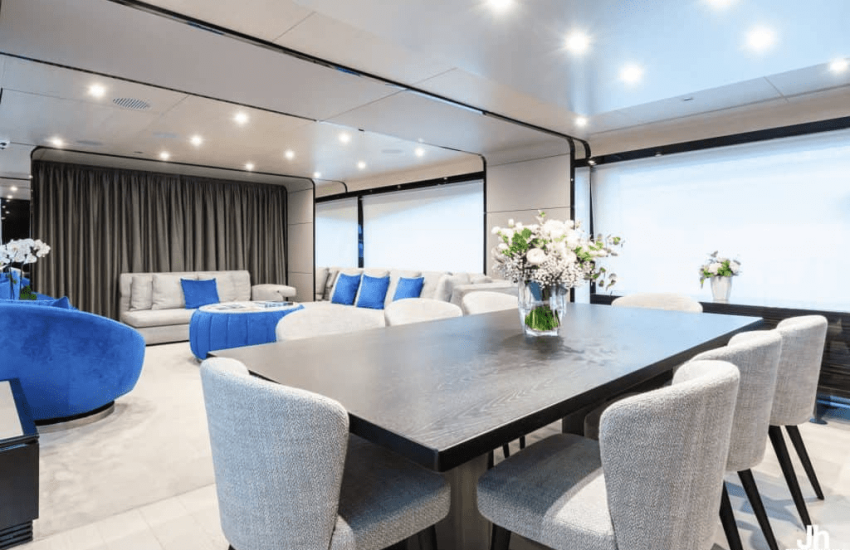 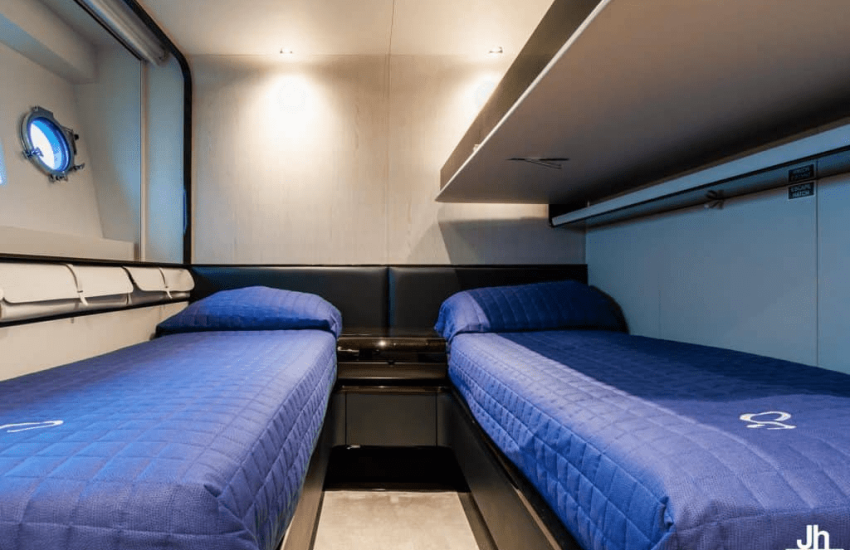 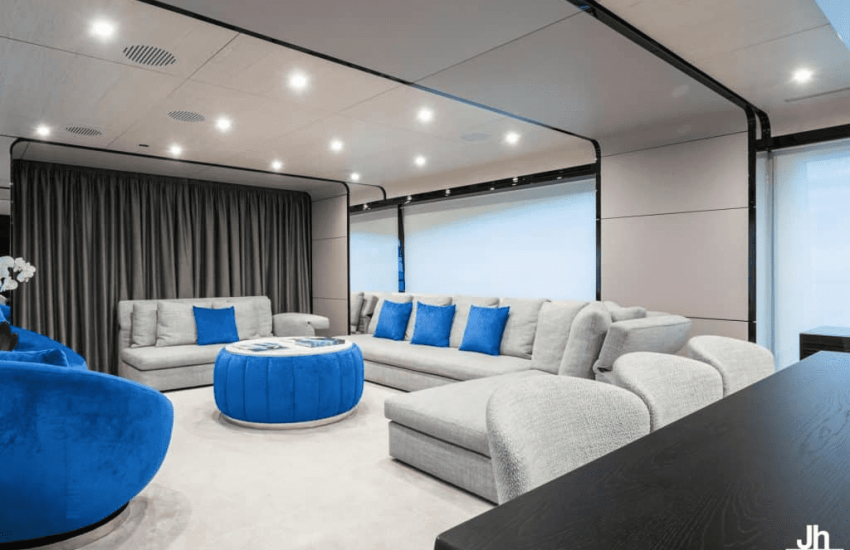 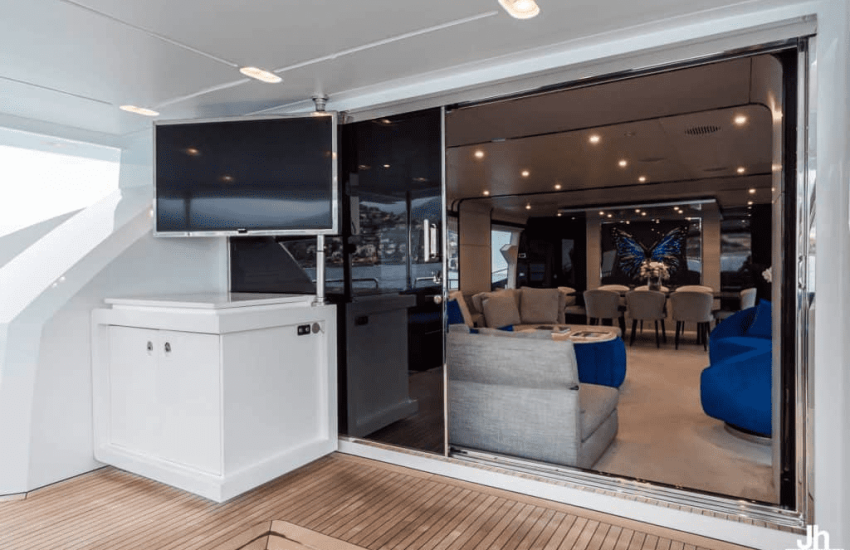 The SOLSTICE yacht is a 28.62-meter (93.11 ft) luxury yacht built by the Italian shipyard Azimut in 2017. She has space for ten guests and four crew members, which is considerable for her size.

SOLSTICE was purchased by her owner for a reported price of US $4 million and refitted in 2019 before being sold to an unknown buyer in 2021.

The interior of the SOLSTICE yacht was designed by the Italian design house Salvagni Architetti, based in Rome.

Their luxury design portfolio includes several motor yachts, and SOLSTICE is one of their larger projects.

During her 2019 refit, the interior of SOLSTICE was resigned and remodeled to appeal to the luxury market. The five guest cabins were painted in a dark blue to match the outside of the yacht.

All carpet floors were redone in high-quality wood, and white and blue furniture was hand-selected to furnish the interior of the vessel. Ten guests find space onboard SOLSTICE in five cabins.

The master suite is located on the main deck, while the remaining four can be found on the lower deck.

Notable are the many seating areas onboard, which makes SOLSTICE the perfect yacht for entertaining and hosting small events.

She also features a high-tech kitchen and modern crew area, ensuring that both the guests and staff onboard the yacht are comfortable at all times.

She weighs 168 tons, and her powerful twin MTU Diesel engines allow her to reach speeds of up to 28 knots.

The exterior of the SOLSTICE yacht was designed by Stefano Righini, an Italian yacht designer who sadly passed away in the fall of 2021.

He worked closely together with the Azimut shipyard and frequently collaborated on elaborate projects like SOLSTICE. He designed over 6,000 yachts in total.

SOLSTICE is a beautiful mid-sized motor yacht with a blue and white exterior. Her teak decks contrast these colors beautifully, and she offers a great combination of indoor and outdoor space.

She has a large main deck with an outdoor bar and sundeck, although there is no pool on board.

On the aft, guests can enjoy the spacious dining area while the bow has an additional sunken seating area.

The exact price of SOLSTICE is not known, however, it is estimated that she originally cost her owner US $4 million. After being refitted and remodeled in 2019, she was put on the market for US $5.6 million.

The owner of SOLSTICE is currently not known to the public. She was custom-built by Azimut and delivered to her first owner in 2017.