A Look Inside Tecnomar for Lamborghini 63 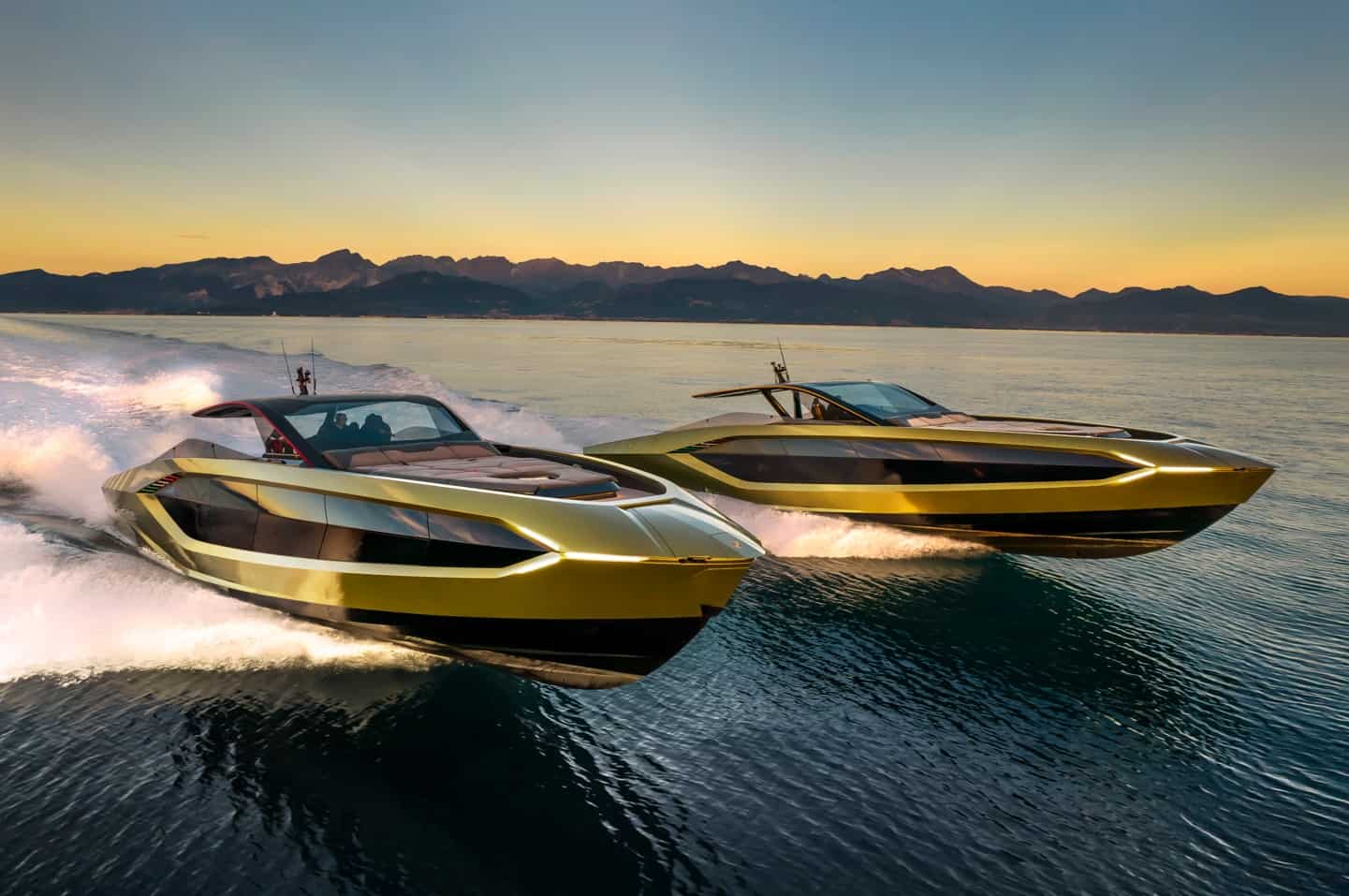 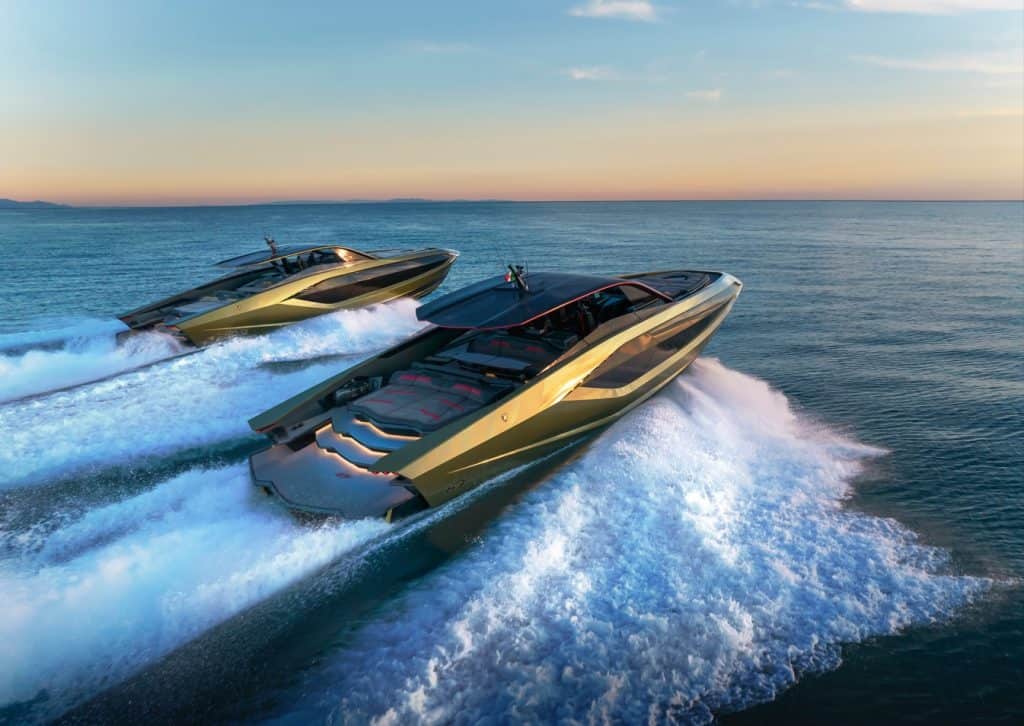 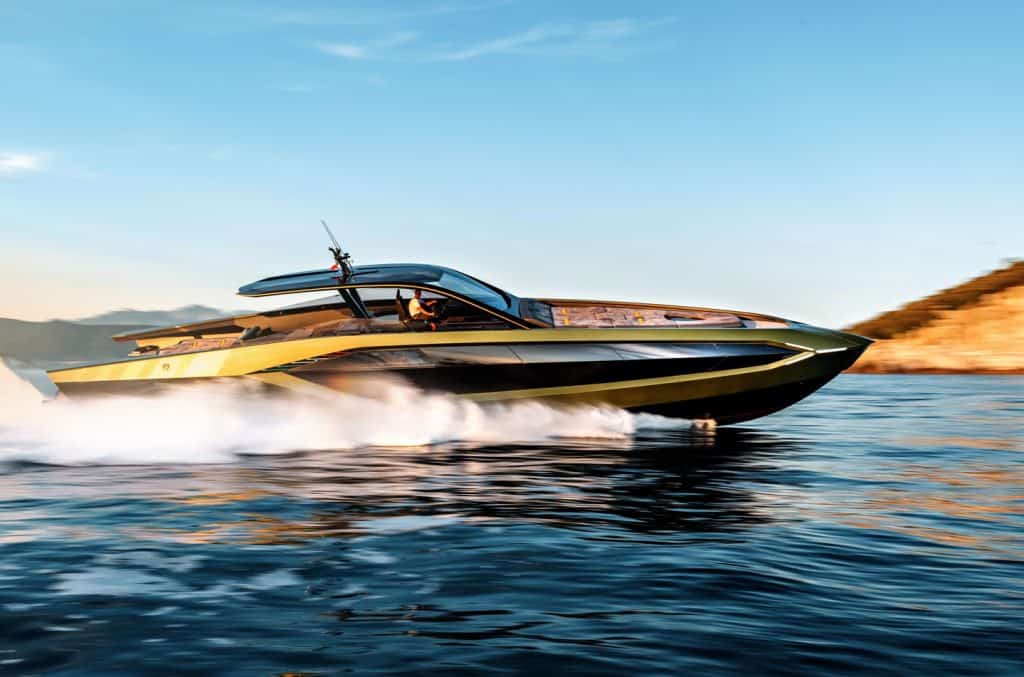 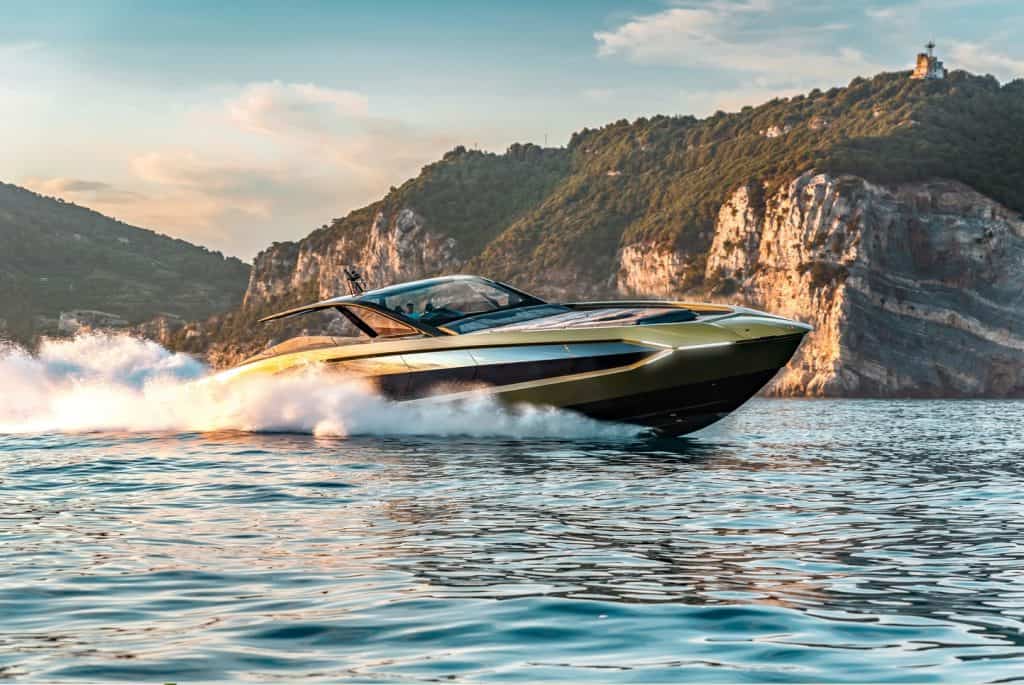 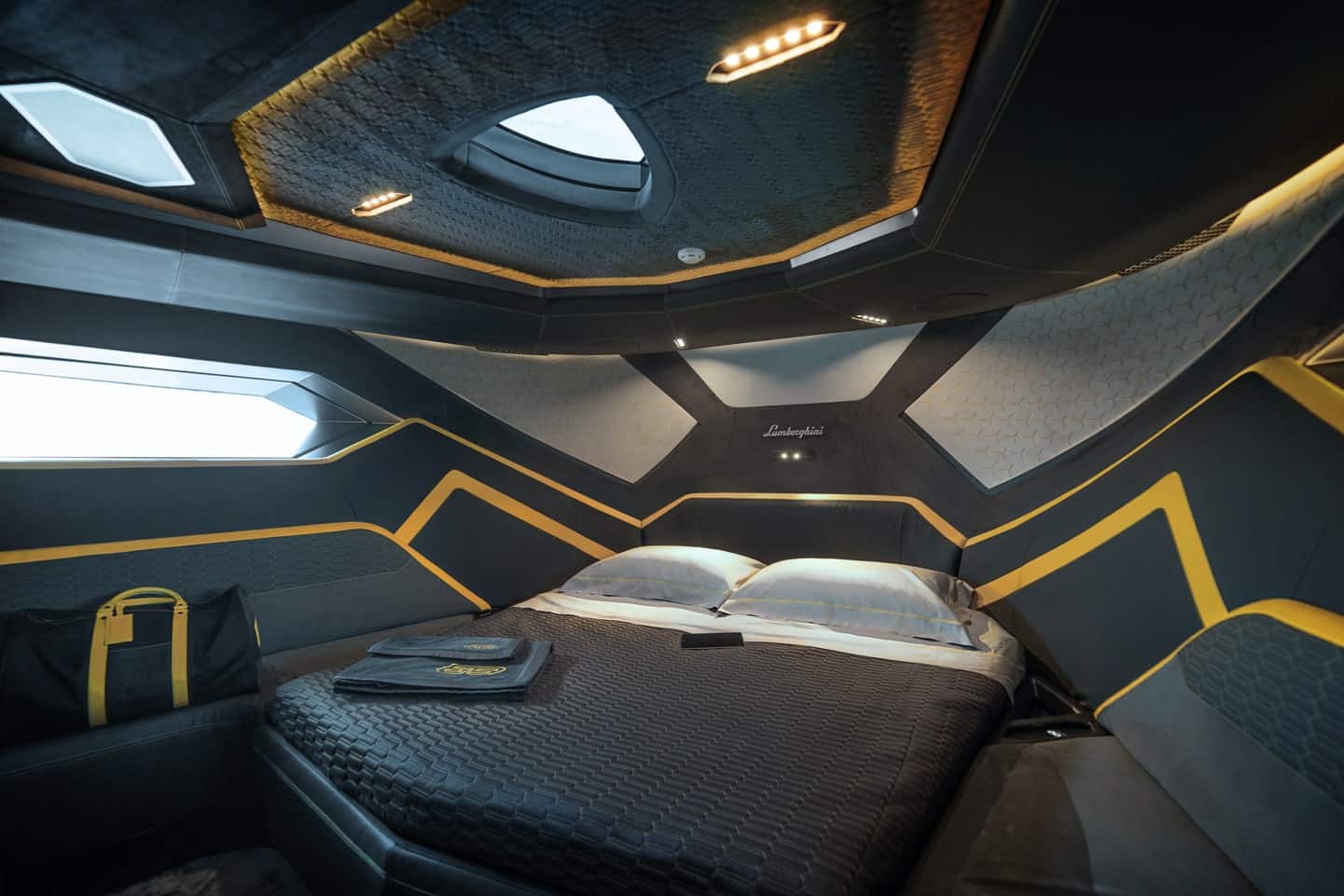 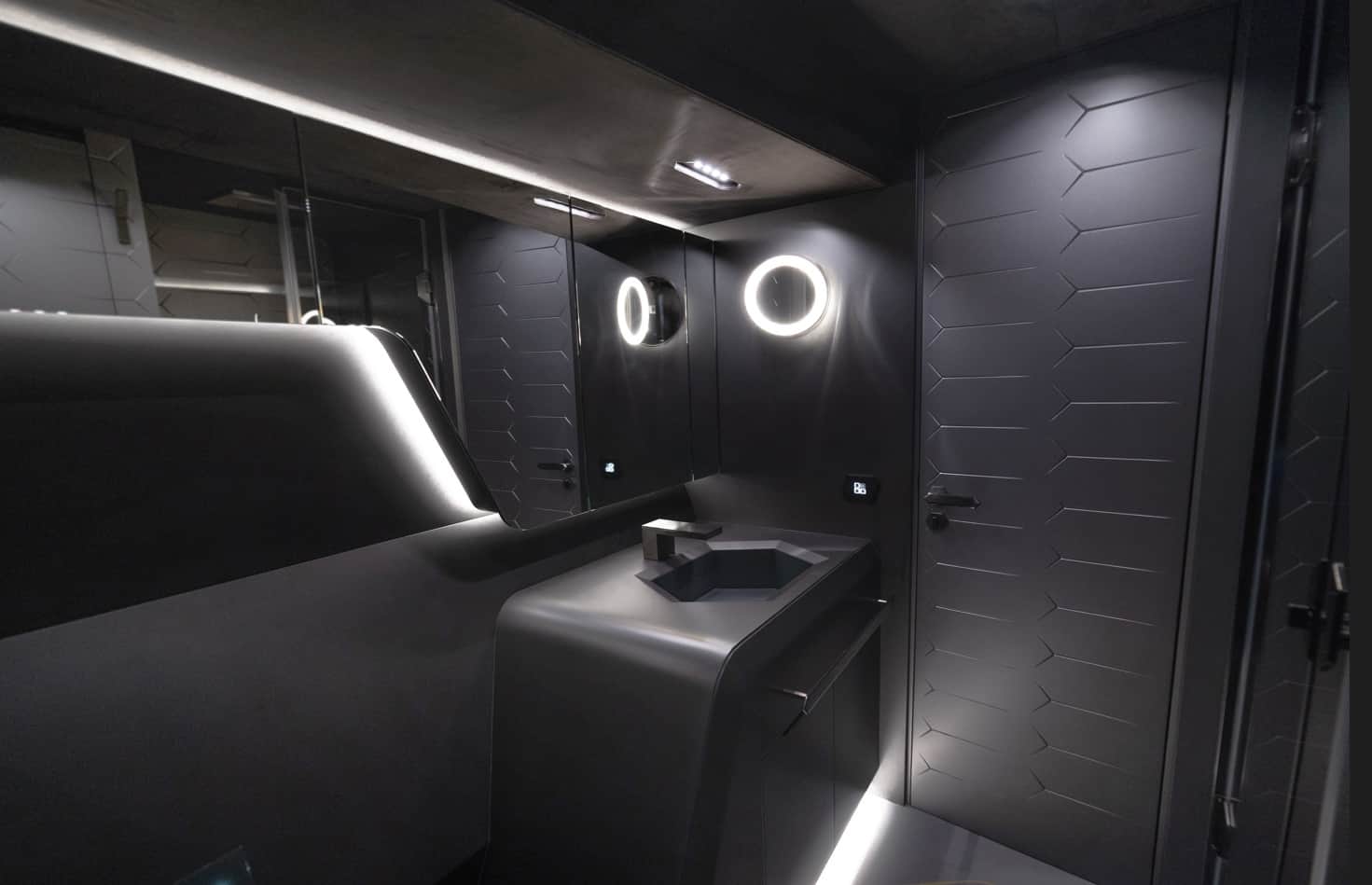 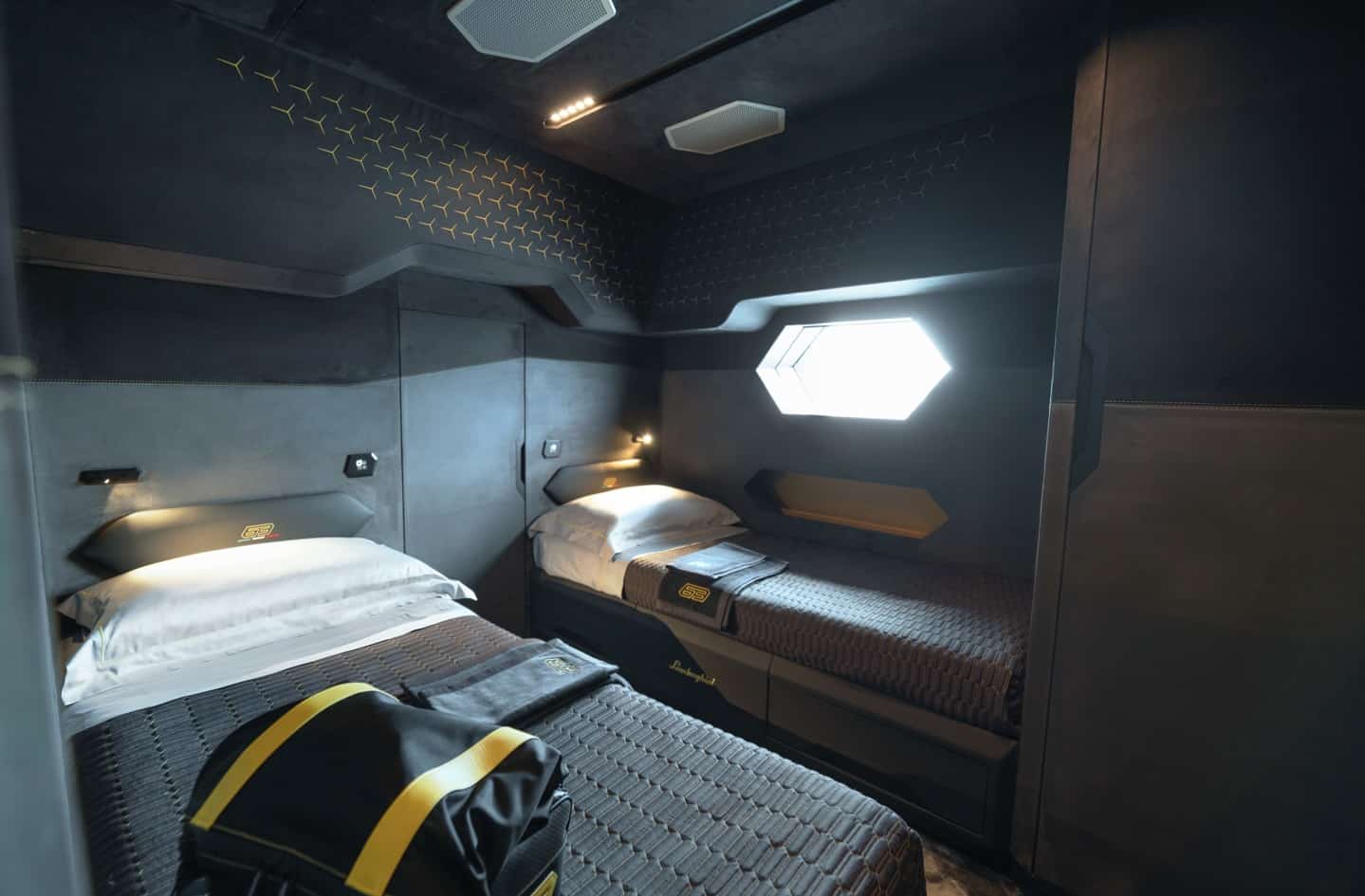 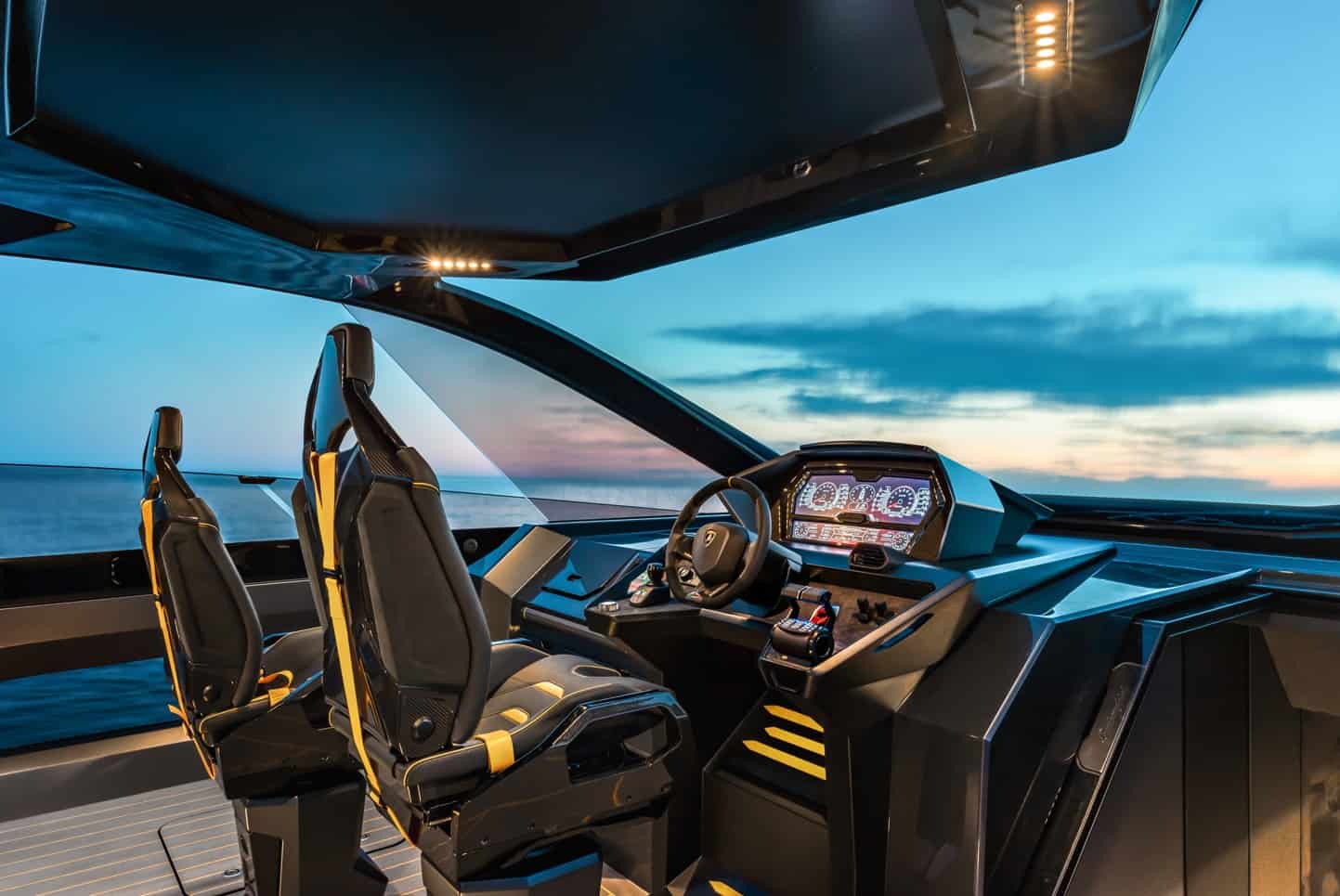 In May 2020 the ultimate collaboration was formed between The Italian Sea Group and Lamborghini which led to the birth of the now famous “Tecnomar for Lamborghini 63”.

With the Italian Sea group renowned for being one of the largest and best yachting groups internationally and Lamborghini as supercar legends, the addition to the Tecnomar fleet is a guaranteed head turner.

The Tecnomar for Lamborghini 63 yacht almost has the feel of a spaceship from the movie Tron rather than that of a luxury yacht. The futuristic shapes and materials embody the feel of any other modern Lamborghini vehicle.

Entirely developed by The Italian Sea Group, the design inspiration was heavily influenced by the Lamborghini Siàn FKP 37, a perfect blend of technology and comfort.

While using the same materials that are normally used in Lamborghini cars, the perfection and attention to detail are highly evident in this masterpiece.

Although it was mainly designed for quick day trips, the yacht is also ideal for weekend getaways as it has a spacious master suite and a twin guest cabin. The rooms are stylish and comfortable and have perfectly maximized use of the 63-foot length.

The Italian Sea Group art director, Gian Marco stated that the biggest hurdle was maintaining the sleek low profile of a sports car while ensuring there was enough head-room for comfort inside however the final result has perfectly struck the balance between the two.

Tecnomar for Lamborghini 63 is as the name suggests, 63 feet in length (20.42 meters), the length also is significant in that it is a tribute to the year that Lamborghini was founded – 1963.

Powered by MAN 24-liter twin-turbo engines, her diesel tanks can hold 3,600 liters of fuel and she can reach speeds up to 60 knots with a comfortable cruise speed of 40 knots.

With an impressive 3,945 horsepower, Tecnomar for Lamborghini is the fastest in the Tecnomar fleet with the ability to reach a range of 210 nautical miles.

The Tecnomar for Lamborghini 63’s carbon fiber superstructure was designed to maintain a low center of gravity while minimizing the weight of the vessel to ensure optimal performance.

The hull has been designed to minimize vibration while comfortably cruising at 40 knots even in less than desirable weather conditions.

Her streamlined structure and futuristic modern design are sure to make for the center of attention out on the water.

Currently, the Tecnomar Lamborghini 63 is worth €3.1 million which is similar to its car counterpart.

To date, Lamborghini has been reluctant to say how many of the yachts have been sold, however, the model has been well marketed with the help of Connor McGregor who purchased one in May 2022 for his 34th birthday in Ibiza.