GRACE yacht, formerly known as Kibo, is a 266-foot superyacht built back in 2014 by Abeking & Rassmussen. Her annual running cost is approximately US $10-14 million.

Grace yacht is currently one of the 58 motor yachts to be included in the 80-90 meter-sized yachts. She now ranks 126th in the world as one of the largest yachts ever created.

Designed by Terence Disdale, an award-winning designer responsible for creating some of the most renowned superyachts in the world.

Terence Disdale has had no formal training in yacht design or engineering, but despite this, he is still one of the most sought-after designers in the world.

Along with the GRACE yacht, he also has several yachts that he designed.

Onboard the GRACE yacht is an elevator, a beach club, a grand piano, underwater lights, and even a swimming platform.

Adding to this, she also has zero-speed stabilizers to keep guests and crew alike safe and stable when going out to the rough seas.

She also has full air-conditioning to keep guests cool in the hot summer. Speaking of guests, the GRACE yacht can comfortably accommodate lots of people at a time.

She can easily host 12 guests at a time by utilizing her six suite rooms and one VIP cabin, with a cabin configuration of 1 Master and four doubles.

Along with this, she can also hold up to 23 crew members to attend to the guest’s needs.

Owning the GRACE yacht is 64-year-old British billionaire businessman John Reece. He was a college student at Queen’s college studying for a degree in economics.

With a keen understanding of money and economics, he joined Ineos Group Ltd, a multinational chemicals company, and is currently the chief financial officer and a minority shareholder of the company.

Back in May 2021, his estimated net worth was 5.7 billion U.S. dollars, as mentioned by Forbes.

GRACE yacht was engineered using a steel hull with an aluminum superstructure.

She currently weighs around 2,306 tons, and powering this behemoth are twin 2,000hp Caterpillar 3516-B engines partnered with her 170,000-liter fuel tank.

The GRACE yacht can comfortably cover a distance of over 4,500 nautical miles at cruising speeds of 14 knots and a maximum speed of 16.5 knots.

Along with this, she can carry upwards of 35,000 liters of water, so docking constantly to refill water is not a problem in this superyacht.

Her exterior was designed by the same company that crafted her interior, Terence Disdale, who has already developed 40 yachts and is responsible for the interior designs of 76 vessels. 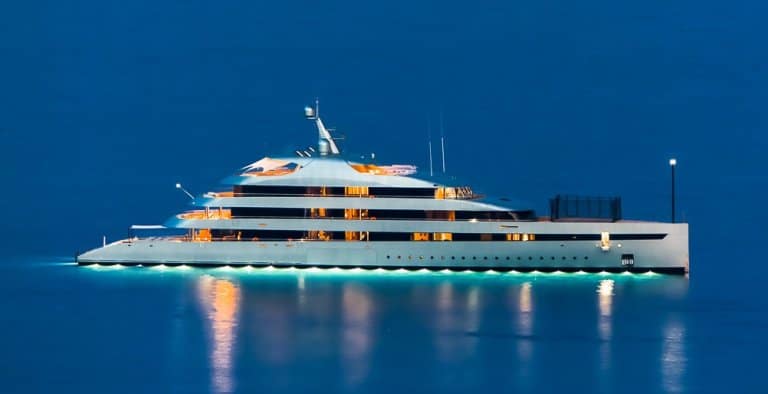 MONTKAJ Yacht was commissioned by Prince Mohammed bin Fahd al Saud, a member of the royal family of… 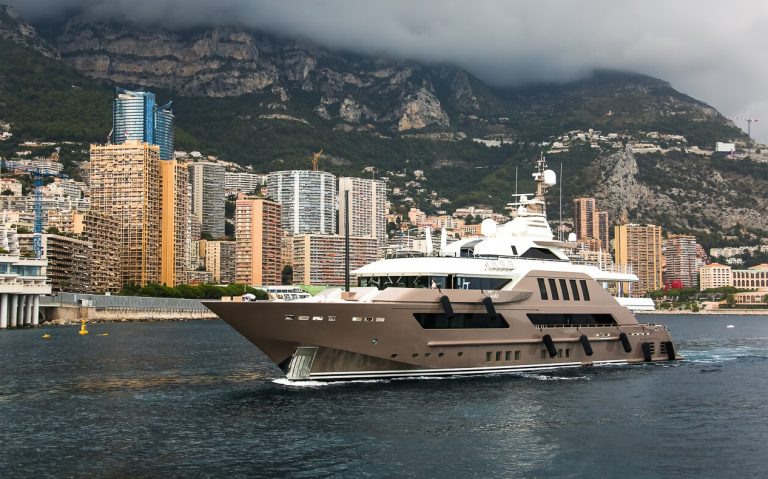 The Odyssey yacht, previously named J’Ade yacht, is a stunning 58.2-meter superyacht constructed in 2013 by the renowned… 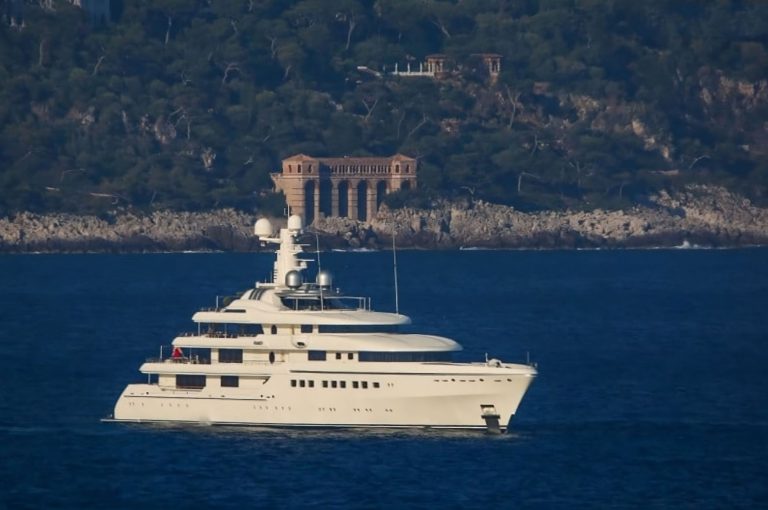 The incredible $125 million ROMEA yacht was built by Abeking & Rasmussen, featuring interior and exterior design from…