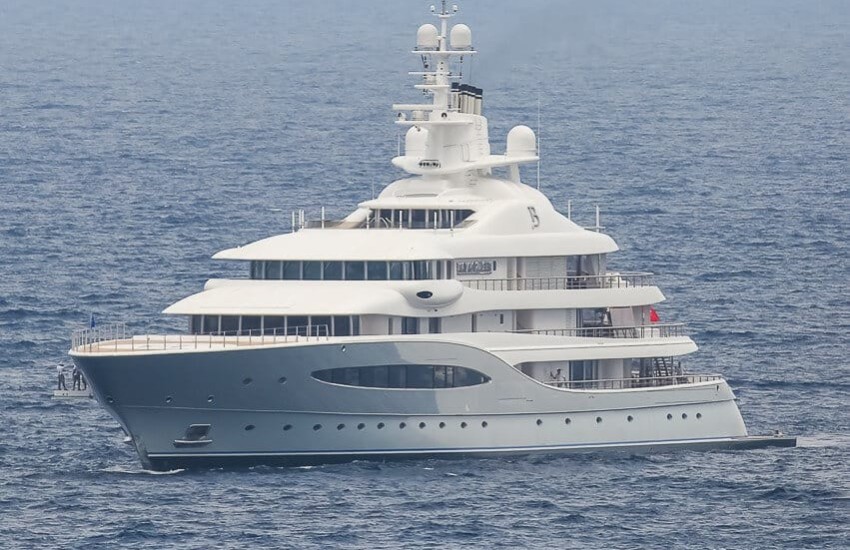 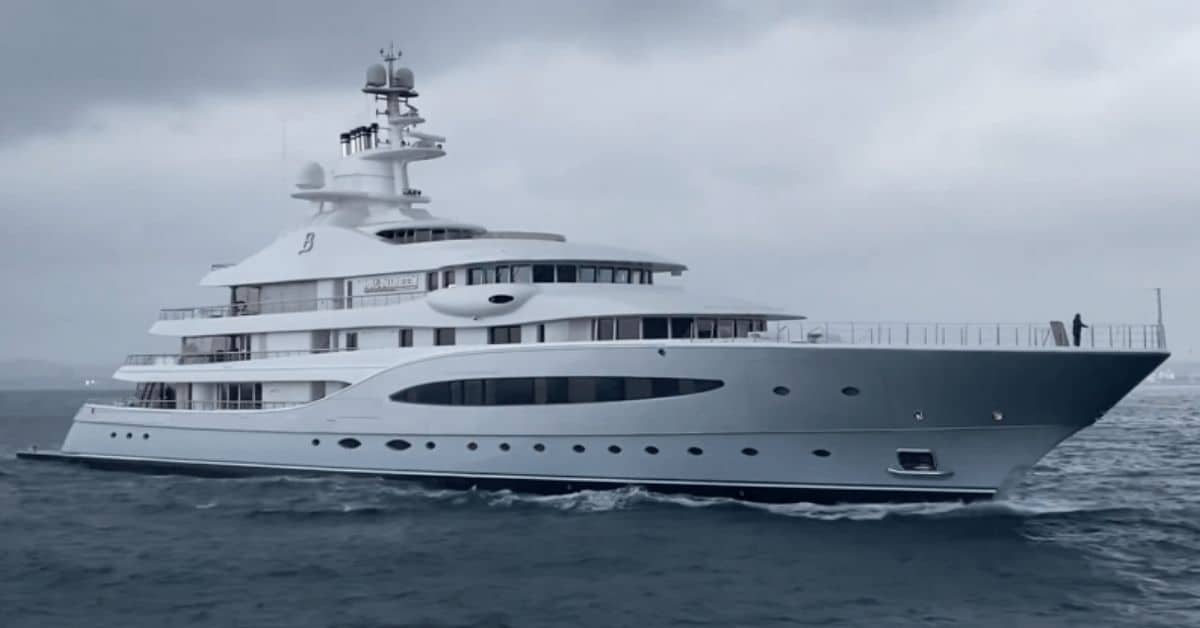 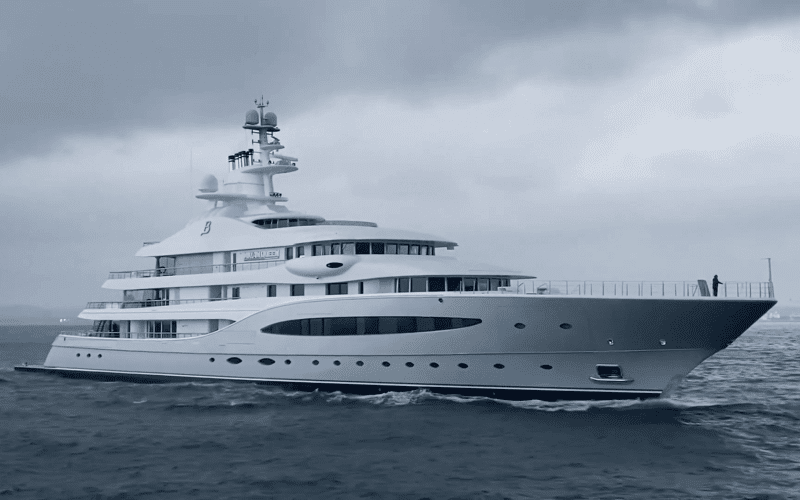 MAYAN QUEEN yacht is a 93-metre (306 ft) long superyacht built by Blohm and Voss and launched in 2008. She has space for 16 guests and 24 crew members, although the exact layout of her interior is unknown. The owner of the MAYAN QUEEN is Alberto Baillères, a well-known Mexican businessman and billionaire.

The interior of the MAYAN QUEEN remains a secret as her owner Alberto Baillères has not released details to the public. The design of the vessel was done by Terence Disdale, a well-known name in the industry who has worked on over 100 superyachts.

He designs a lot of his vessels according to the motto  “beach house, not penthouse”, which suggests that the interior of the MAYAN QUEEN might have more casual rather than formal features.

She has eight large suites that fit a total of 16 guests, as well as additional space for up to 24 crew members. Like many luxury vessels in her size category, she has a full gym and spa area.

The MAYAN QUEEN is also known for her hidden balcony, which can be accessed from the master suite. In order to preserve her elegant design, the balcony can be retracted when needed.

Her total weight lies at 3879 tons which includes her aluminium superstructure and steel hull. MAYAN QUEEN has a total range of 4.500 nautical miles, making her a fantastic yacht for travelling long distances.

MAYAN QUEEN was built by Blohm and Voss, a renowned German shipyard based in Hamburg. She was delivered to her owner Alberto Baillères in 2008, replacing his previous yacht, which carried the same name.

The MAYAN QUEEN was sold for a price of US $175 million and generates additional annual running costs of US $15 to 20 million.

The exterior of MAYAN QUEEN was developed by the award-winning yacht designer ​​Tim Heywood. He has designed iconic superyachts such as A+ and DILBAR and specialises in timeless and sleek vessels.

MAYAN QUEEN is a prime example of this style with her all-white exterior and classic elements. She has three large decks and a helipad at her bow. To ensure the comfort of her guests, she is equipped with a modern at-anchor stabiliser system.

The owner of MAYAN QUEEN is Alberto Baillères, a Mexican businessman with an estimated net worth of US $10 billion. He was once the richest man in Mexico and earned his fortune in a diverse range of industries.

He has taken MAYAN QUEEN all around the world, including Australia, northern Europe and the Caribbean. Baillères and his wife have seven children together who often accompany the couple on the superyacht. The billionaire turned 90 years old in August of 2021.