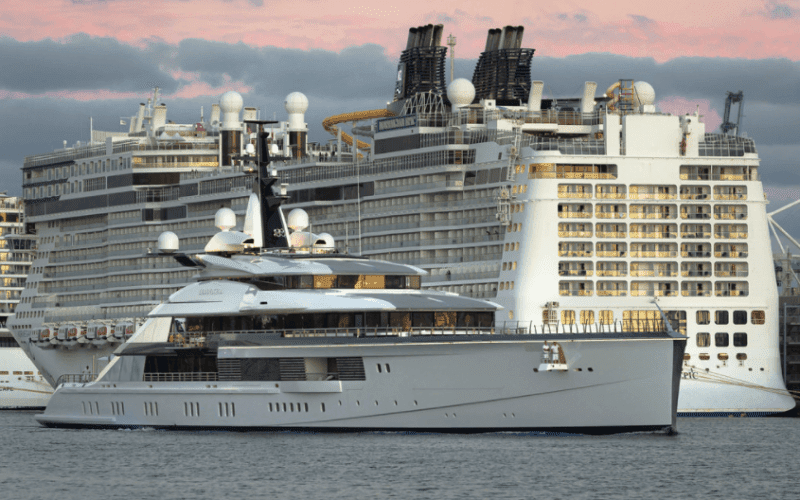 The OCEANCO shipyard is a high-ranking yacht builder with vessels up to 140m in length. The company was founded in 1987 by Richard Hein and some private investors.

Oceanco’s shipyard was initially in Durban, South Africa. They specialized in building hulls and superstructures but transferred them to the Netherlands for finishing.

However, the company’s ownership status changed in 2010 when Mohammed al Barwani, an Omani-based oil/gas billionaire, bought the luxury yacht builder.

The shipyard is currently in Alblasserdam, Netherlands. Since its inception in 1987, it has expanded twice (in 2008 and 2010) with state-of-the-art facilities. This eco-friendly expansion allows them to remain one of the world’s most sustainable yacht builders.

Oceanco has also worked with some of the best yacht designers, such as Tim Heywood, Nuvolari Lenard, Sam Sorgiovanni, Andrew Winch, Terence Disdale, and Igor Lobanov.

For Oceanco, every yacht must depict luxury and, of course, match the client’s preference. It has also been nominated several times for the World Superyachts Award.

With over 200 staff members, the company also oversees different stages of yacht building, such as design, engineering, construction, and maintenance.